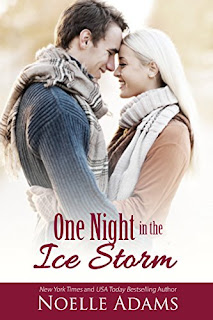 One Night in the Ice Storm
When Rachel arrives in her hometown for the Christmas holiday, she doesn't expect to be stranded alone in an ice storm with David Harris. David is her brother's best friend, and she's known him all her life. She lost her virginity to him. And he's the one man she can never forgive. Despite all of the reasons she knows not to trust him, she finds herself falling for him again as they try to keep warm in the storm. No matter how irresistible she still finds him, she definitely plans to resist. But everything changes in only one night.
Kindle Price: £0.00
Click here to download this book. 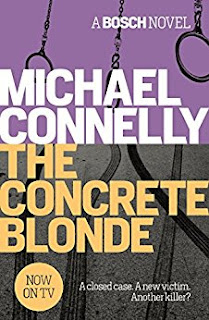 The Concrete Blonde
When LAPD detective Harry Bosch shot and killed Norman Church - the 'Dollmaker' - the police were convinced it marked the end of the search for one of the city's most bizarre serial killers. But four years later, Norman Church's widow is taking Bosch to court, accusing him of killing the wrong man. To make matters worse, Bosch has just received a note, eerily reminiscent of the ones the Dollmaker used to taunt him with, giving him a location where a body can be found. Is the Dollmaker still alive? Or is this the work of a vicious copycat killer, determined to repeat the Dollmaker's grisly feats and destroy Bosch's career in the process?
Kindle Price: £0.99
Click here to download this book.
Posted by Joisel at 8:54 PM