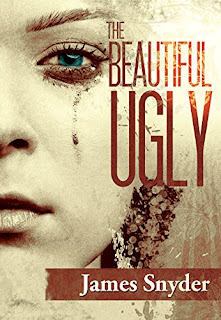 The Beautiful-Ugly
he's sixteen. She's alone. And the world thinks she's crazy. What could possibly happen next? Well, she's going to show them...When sixteen-year-old Connelly Pierce wakes up inside an unknown psychiatric hospital with both her wrists slashed, she begins the arduous task of piecing together the events of her life that led her there. Her own cognitive behavioral therapy (as she had learned so well from them). Beginning with the sudden death of her mother and father when she was six, and the only world she knew disappeared, literally, overnight. That's when, with no known or, at least, close relatives, she and her nine-year-old brother Eric find themselves cast into the nightmare quagmire of government child protection agencies, and Connelly begins her incredible fourteen-year journey--her dark odyssey--into her own brave new world. A world, she realizes, she must not only quickly adapt, but fight back as well, if she hopes to survive.
Kindle Price: £0.00
Click here to download this book. 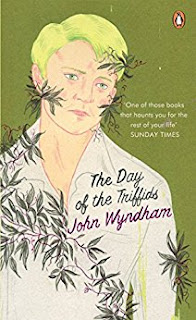 The Day of the Triffids
Bill Masen, bandages over his wounded eyes, misses the most spectacular meteorite shower England has ever seen. Removing his bandages the next morning, he finds masses of sightless people wandering the city. He soon meets Josella, another lucky person who has retained her sight, and together they leave the city, aware that the safe, familiar world they knew a mere twenty-four hours before is gone forever. But to survive in this post-apocalyptic world, one must survive the Triffids, strange plants that years before began appearing all over the world. The Triffids can grow to over seven feet tall, pull their roots from the ground to walk, and kill a man with one quick lash of their poisonous stingers. With society in shambles, they are now poised to prey on humankind. Wyndham chillingly anticipates bio-warfare and mass destruction, fifty years before their realization, in this prescient account of Cold War paranoia.
Kindle Price: £1.99
Click here to download this book.
Posted by Joisel at 4:00 PM