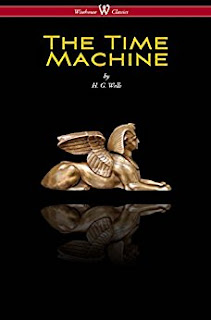 The Time Machine
So begins the Time Traveller’s astonishing firsthand account of his journey 800,000 years beyond his own era—and the story that launched H.G. Wells’s successful career and earned him his reputation as the father of science fiction. With a speculative leap that still fires the imagination, Wells sends his brave explorer to face a future burdened with our greatest hopes...and our darkest fears. A pull of the Time Machine’s lever propels him to the age of a slowly dying Earth.  There he discovers two bizarre races—the ethereal Eloi and the subterranean Morlocks—who not only symbolize the duality of human nature, but offer a terrifying portrait of the men of tomorrow as well.  Published in 1895, this masterpiece of invention captivated readers on the threshold of a new century.
Kindle Price: £0.00
Click here to download this book. 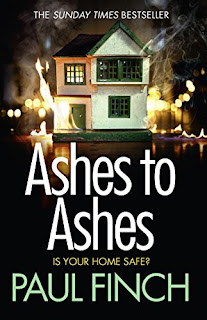 Ashes to Ashes
John Sagan is a forgettable man. You could pass him in the street and not realise he’s there. But then, that’s why he’s so dangerous. A torturer for hire, Sagan has terrorised – and mutilated – countless victims. And now he’s on the move. DS Mark ‘Heck’ Heckenburg must chase the trail, even when it leads him to his hometown of Bradburn – a place he never thought he’d set foot in again. But Sagan isn’t the only problem. Bradburn is being terrorised by a lone killer who burns his victims to death. And with the victims chosen at random, no-one knows who will be next. Least of all Heck…
Kindle Price: £0.99
Click here to download this book.
Posted by Joisel at 4:00 PM