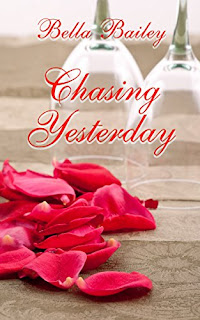 Chasing Yesterday
Not so long ago, Holly Richards had the life she’d always dreamed of growing up in crime-riddled Crackleham – the successful husband, the children, the mansion by the sea in the most sought-after area of town. Now, she’s a Boomeranger – an adult living back at home with her parents – and a penniless one to boot. Smarting from her husband Terry’s betrayal and with four children to support on no income, Holly throws herself into participating in a TV show called Diary of a Boomeranger, which catalogues the life of three grown-ups who returned to the family nest when times got tough. But as she desperately seeks financial opportunities from her public profile, she is also forced to confront Crackleham family ghosts that were never laid to rest – and the man she almost chose instead of Terry. As tensions escalate in the Richards household and Holly’s financial situation grows even more precarious, Holly is desperate to start a new life – but is she doomed to forever remain right back where she started?
Kindle Price: £0.00
Click here to download this book. 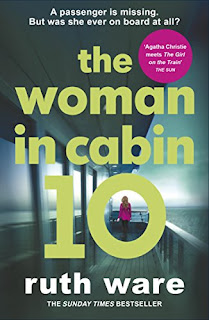 The Woman in Cabin 10
In this tightly wound story, Lo Blacklock, a journalist who writes for a travel magazine, has just been given the assignment of a lifetime: a week on a luxury cruise with only a handful of cabins. At first, Lo’s stay is nothing but pleasant: the cabins are plush, the dinner parties are sparkling, and the guests are elegant. But as the week wears on, frigid winds whip the deck, gray skies fall, and Lo witnesses what she can only describe as a nightmare: a woman being thrown overboard. The problem? All passengers remain accounted for—and so, the ship sails on as if nothing has happened, despite Lo’s desperate attempts to convey that something (or someone) has gone terribly, terribly wrong…
Kindle Price: £1.99
Click here to download this book.
Posted by Joisel at 4:00 PM