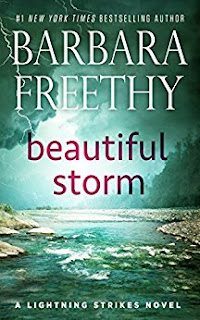 Beautiful Storm
When her father's plane mysteriously disappeared in the middle of an electrical storm, Alicia Monroe became obsessed with lightning. Now a news photographer in Miami, Alicia covers local stories by day and chases storms at night. In a flash of lightning, she sees what appears to be a murder, but when she gets to the scene, there is no body, only a military tag belonging to Liliana Valdez, a woman who has been missing for two months. While the police use the tag to jump-start their stalled investigation, Alicia sets off on her own to find the missing woman. Her search takes her into the heart of Miami's Cuban-American community, where she meets the attractive but brooding Michael Cordero, who has his own demons to vanquish. Soon Alicia and Michael are not just trying to save Liliana's life but also their own, as someone will do anything to protect a dark secret…
Kindle Price: £0.00
Click here to download this book. 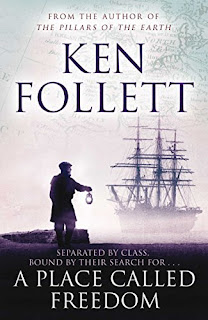 A Place Called Freedom
Scotland, 1766. Sentenced to a life of misery in the brutal coal mines, twenty-one-year-old Mack McAsh hungers for escape. His only ally: the beautiful, highborn Lizzie Hallim, who is trapped in her own kind of hell. Though separated by politics and position, these two restless young people are bound by their passionate search for a place called freedom. From the teeming streets of London to the infernal hold of a slave ship to a sprawling Virginia plantation, Ken Follett’s turbulent, unforgettable novel of liberty and revolution brings together a vivid cast of heroes and villains, lovers and rebels, hypocrites and hell-raisers—all propelled by destiny toward an epic struggle that will change their lives forever.
Kindle Price: £1.19
Click her to download this book.
Posted by Joisel at 4:00 PM