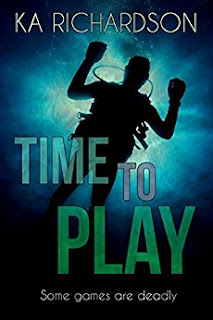 Time to Play
DI Alistair McKay is still reeling from the ‘one that got away’ but when he is called to deal with a potential murder at the water side, he must put his personal worries aside. As police diver, Marlo Buchanan, starts pulling bodies out of the water, it becomes clear that something isn’t right. Someone is torturing young girls and dumping them in the local reservoir. Then the body of a man is discovered and Mackay and Buchanan are pulled into the seedy underworld of human trafficking. As the team race against the clock tensions start to run high. Can they overcome their personal demons to work together? And will they find the killer before he strikes again?
Kindle Price: £0.00
Click here to download this book. 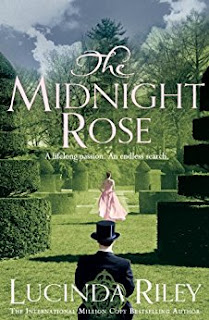 The Midnight Rose
In the heyday of the British Raj, eleven-year-old Anahita, from a noble but impoverished family, forms a lifelong friendship with the headstrong Princess Indira, the privileged daughter of Indian royalty. As the princess's official companion, Anahita accompanies her friend to England just before the outbreak of World War I. There, she meets young Donald Astbury—reluctant heir to the magnificent, remote Astbury Estate—and his scheming mother. Ninety years later, Rebecca Bradley, a young American film star, has the world at her feet. But when her turbulent relationship with her equally famous boyfriend takes an unexpected turn, she's relieved that her latest role, playing a 1920s debutante, will take her away from the glare of publicity to a distant corner of the English countryside. Shortly after filming begins at the now-crumbling Astbury Hall, Ari Malik, Anahita's great-grandson, arrives unexpectedly, on a quest for his family's past. What he and Rebecca discover begins to unravel the dark secrets that haunt the Astbury dynasty . . .
Kindle Price: £1.19
Click here to download this book.
Posted by Joisel at 4:00 PM