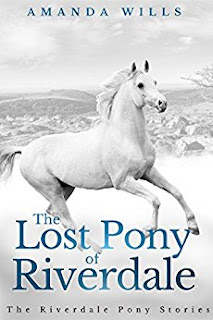 The Lost Pony of Riverdale
Poppy McKeever is reluctant to move to an old cottage on Dartmoor - until she discovers that her new home comes complete with its own pony. But life at Riverdale is not as straight-forward as it seems, especially when Poppy spies a flash of white in the woods next to the cottage. Her stepmother Caroline is acting strangely and her adrenalin-junkie brother Charlie is on the hunt for big cats. But will Charlie's obsession drive the two children into dangerous territory? And when Poppy is faced with a terrible dilemma - to save her brother or the pony she has always longed for - who will she choose?
Kindle Price: £0.00
Click here to download this book. 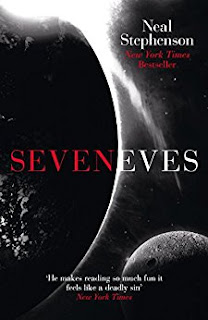 Seveneves
What would happen if the world were ending? When a catastrophic event renders the earth a ticking time bomb, it triggers a feverish race against the inevitable. An ambitious plan is devised to ensure the survival of humanity far beyond our atmosphere. But unforeseen dangers threaten the intrepid pioneers, until only a handful of survivors remain…Five thousand years later, their progeny – seven distinct races now three billion strong – embark on yet another audacious journey into the unknown, to an alien world utterly transformed by cataclysm and time: Earth.
Kindle Price: £1.99
Click here to download this book.
Posted by Joisel at 4:00 PM