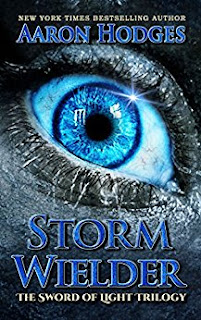 Stormwielder
For five hundred years the Gods have united the Three Lands in harmony. Now that balance has been shattered, and chaos threatens. A town burns and flames light the night sky. Hunted and alone, seventeen year old Eric flees through the wreckage. The mob grows closer, baying for the blood of their tormentor. Guilt weighs on his soul, but he cannot stop, cannot turn back. If he stops, they die.  For two years he has carried this curse, bringing death and destruction wherever he goes. But now there is another searching for him – one who offers salvation. His name is Alastair and he knows the true nature of the curse.
Kindle Price: £0.00
Click here to download this book. 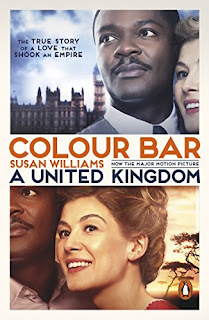 Colour Bar
Sir Seretse Khama, the first President of Botswana and heir apparent to the kingship of the Bangwato people, brought independence and great prosperity to his nation after colonial rule. But for six long years from 1950, Seretse had been forced into exile in England, banned from his own country. His crime? To fall in love and marry a young, white English girl, Ruth Williams. Delving into newly released records, Susan Williams tells Seretse and Ruth's story—a shocking account of how the British Government conspired with apartheid South Africa to prevent the mixed-race royal couple returning home. But it is also an inspiring, triumphant tale of hope, courage, and true love as with tenacity and great dignity Seretse and Ruth and the Bangwato people overcome prejudice in their fight for justice.
Kindle Price: £1.99
Click here to download this book.
Posted by Joisel at 4:00 PM