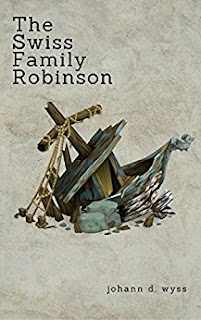 The Swiss Family Robinson
Shipwrecked passengers on a deserted island: how will they survive? After their ship founders at sea, the Robinsons—father, mother, and four sons—find themselves stranded in an uninhabited, idyllic land.
Kindle Price: £0.00
Click here to download this book. 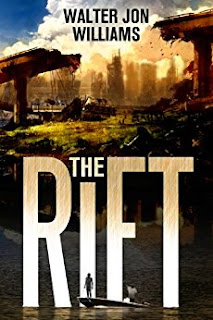 The Rift
It starts with the dogs. They won't stop barking. . . . And then the earth shrugs--8.9 on the Richter scale in the world's biggest earthquake since 1755. It hits New Madrid, Missouri, a sleepy town on the Mississippi. Seismologists had predicted the disaster . . . but no one listened. Within minutes, there is nothing but chaos and ruin as America's heartland falls into the nightmare known as the Rift--a fault line in the earth that wrenchingly exposes the fractures in American society itself. As a strange white mist smelling of sulfur rises from the crevassed ground, the real terror begins for the survivors, including a teenager separated from his mother, an African-American engineer searching for his daughter, a TV preacher whose visions of hell have become all too real, and a sheriff cum Ku Klux Klansman who seeks racial vengeance in the midst of disaster. It can happen. And sooner or later, it will.
Kindle Price: £0.99
Click here to download this book.
Posted by Joisel at 4:00 PM