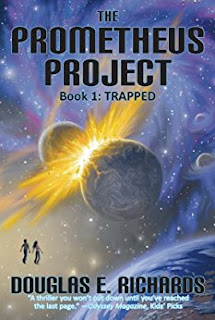 Trapped
A fantastic alien city buried deep underground. What wonders -- and what dangers -- is it hiding? Ryan and Regan Resnick have just moved to the world's most boring place. But when they discover their parents are part of an ultra-secret project called Prometheus they are plunged into a nonstop adventure: one that will be the ultimate test of their wit, courage, and determination. Soon they are under attack and facing hostile alien worlds, alien technology, and unimaginable dangers at every turn. Now, with their mother facing certain death, they must race to solve a seemingly impossible mystery to have any hope of saving her. But if they save their mom, they will have no way to save themselves. . .
Kindle Price: £0.00
Click here to download this book. 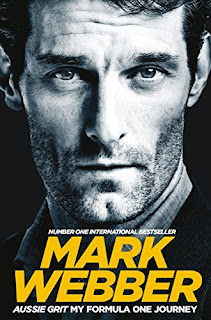 Aussie Grit: My Formula One Journey
Mark Webber was at the centre of one of the most captivating chapters in the history of Formula One. In 2010, while racing for Red Bull, he and his team mate Sebastian Vettel went head to head for the World Championship. There could only be one winner. Since retiring from Formula One Mark has concentrated on endurance racing, including the legendary Le Mans 24 Hour race. He hit the front pages of newspapers around the world in December 2014 when he slammed into the barricades in the final round of the FIA World Endurance Championship in South America, and was lucky to escape with his life. But the controversy of his relationship on and off the track with Vettel, who went on to win multiple world titles, has never been far beneath the surface. Here, for the first time, Webber tells the inside story of one of Formula One's most intriguing battles - it is a story that goes to the heart of why the sport is loved by millions of fans around the world. In his trademark straight-talking, no-nonsense style Mark reveals his amazing life on and off the Formula One race track. From his first taste of karting to his F1 debut in 2002, scoring Minardi's first points in three years at the Australian Grand Prix, through to his first win with Red Bull at the 2009 German Grand Prix and the year he should have been crowned World Champion. Mark Webber's journey to the top of Formula One was every bit as determined and committed as his racing. Aussie Grit is his searingly honest story.
Kindle Price: £1.09
Click here to download this book.
Posted by Joisel at 4:00 PM