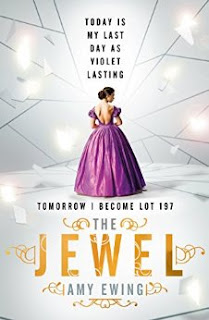 The Jewel
The Jewel means wealth. The Jewel means beauty. The Jewel means royalty. But for girls like Violet, the Jewel means servitude. Not just any kind of servitude. Violet, born and raised in the Marsh, has been trained as a surrogate for the royalty—because in the Jewel the only thing more important than opulence is offspring.Purchased at the surrogacy auction by the Duchess of the Lake and greeted with a slap to the face, Violet (now known only as #197) quickly learns of the brutal truths that lie beneath the Jewel’s glittering facade: the cruelty, backstabbing, and hidden violence that have become the royal way of life. Violet must accept the ugly realities of her existence... and try to stay alive. But then a forbidden romance erupts between Violet and a handsome gentleman hired as a companion to the Duchess’s petulant niece. Though his presence makes life in the Jewel a bit brighter, the consequences of their illicit relationship will cost them both more than they bargained for.
Kindle Price: £0.00
Click here to download this book. 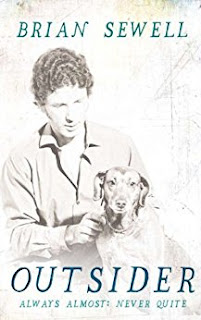 Outsider
Described as 'Britain's most famous and controversial art critic' by the Guardian, Brian Sewell has never shied from controversy. Outsider - spanning through his relationship with his mother, his unorthodox education, and early years as an art dealer - is often scandalous and consistently fascinating.
Kindle Price: £0.99
Click here to download this book.
Posted by Joisel at 4:00 PM