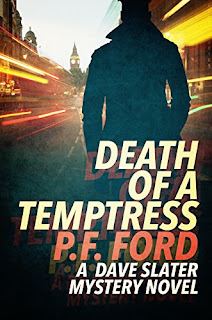 Death Of a Temptress
When DS Dave Slater is the victim of a botched investigation, he quickly gets bored of sitting at home twiddling his thumbs, but when his boss hands him a case to be investigated ‘discreetly’, Slater sees a chance to redeem himself. As he delves into the missing person case, Slater discovers there could be some link between a girl leading a double life and the police officers who made him a scapegoat for their own failings. When he is nearly pushed under a London bus, he realises the stakes are even higher than he had imagined. Joined by fellow scapegoat Norman Norman, Slater is plunged into a tangled web of corruption, blackmail, deception…and possibly the most cunning murder he has ever seen. But can he and Norman wade through the ever-widening pool of suspects to find the killer?
Kindle Price: £0.00
Click here to download this book. 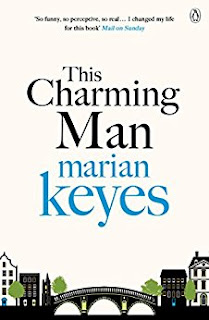 This Charming Man
Lola has just found out that her boyfriend - charismatic politician Paddy de Courcy - is getting married. To someone else. Heartbroken, Lola flees the city for a cottage by the sea. But will Lola's retreat prove as idyllic as she hopes? Journalist Grace wants the inside story on Paddy de Courcy's engagement and thinks Lola holds the key to it. Grace knew Paddy a long time ago. But why can't she forget him? Grace's sister, Marnie, might have the answer but she also has issues with the past. Her loving loving husband and beautiful daughters are wonderful, but they can't take away memories of her first love: a certain Paddy de Courcy. What will it take for Marnie to be able to move on? Alicia Thornton is Paddy's wife-to-be. Determined to be the perfect wife, Alicia would do anything for her fiancée. But does she know the real Paddy? Four very different women. One awfully charming man. And the dark secret that binds them all...
Kindle Price: £1.99
Click here to download this book.
Posted by Joisel at 4:00 PM