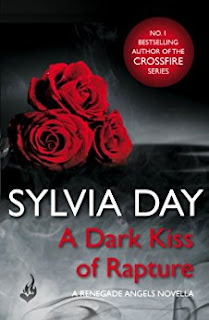 A Dark Kiss of Rapture
Of all the Fallen, Raze's hungers are some of the darkest and most insatiable. His brazen seductions cost him his wings, leaving him soulless and immortal, the most dangerous of seducers. He has roamed the earth for eons, hunting the rogues of his kind and protecting the humans who provide him with blood and sex. He is content with his life and the transient pleasures that flow through it... until one night and one woman change everything. Kimberly McAdams is smart, beautiful, and wealthy. She can have any man she wants, but the moment she sets eyes on the lethally stunning Raze she knows he's the man she needs. As one searingly erotic night burns into something deeper and far more vital than either of them expected, an adversary from Raze's past sees a chance for revenge. Twisted by hatred, she will take from Raze what was taken from her—the precious gift of love.
Kindle Price: £0.00
Click here to download this book. Unbeaten
For Kim Woodburn finding fame in her 60s in the smash hit television series How Clean is Your House? with fellow dust-buster Aggie Mackenzie is like living a fairytale. Often she has simply wished that she had never been born, for Kim has overcome horrific emotional and physical abuse both at the hands of her alcoholic mother and her philandering, sexually abusive father. In her brave and revealing story Kim's memories of growing up are not of love and cuddles, but of beatings and random cruelty. Shuttled between the brutal houses of her warring parents, a succession of miserable children's homes and a grim convent - Kim's past has cast a long shadow over her life. But just before her sixteenth birthday she finally made her escape. It has taken decades of hard work, and a wonderfully happy marriage to conquer depression but now she has emerged unbowed and unbeaten as Britain's Queen of Clean.
Kindle Price: £0.99
Click here to download this book.
Posted by Joisel at 4:00 PM