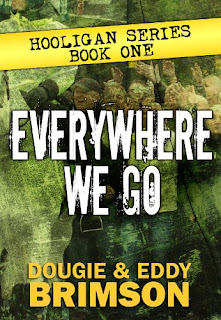 Everywhere We Go
Everywhere We Go gives the most remarkable and frightening insight into the behaviour of the football thug. Written by two people who know the world of the hooligan from the inside, this book features many first-hand accounts of incidents, from both perpetrators and victims, that make chilling reading. It builds up to provide the most comprehensive look behind the matchday madness that has yet been published, explores:
• The changing face of football violence
• Who gets involved - and why
• How the ‘firms’ operate, both home and away
• The role of ‘scouts’ and ‘spotters’ in planning violence
• The football establishment - and how they can help solve the problem
• The involvement of the far right in football and the issue of racism
Kindle Price: £0.00
Click here to download this book. 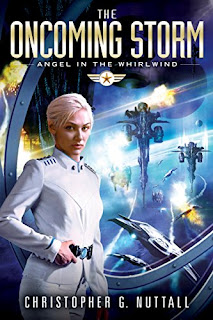 The Oncoming Storm
In the year 2420, war looms between the galaxy’s two most powerful empires: the tyrannical Theocracy and the protectionist Commonwealth. Caught in the middle sits the occupied outpost system Cadiz, where young officer and aristocrat Katherine “Kat” Falcone finds herself prematurely promoted at the behest of her powerful father. Against her own wishes, Kat is sent to command the Commonwealth navy’s newest warship, Lightning. Determined to prove she has value beyond her family name, Kat struggles to earn her crew’s respect and find her footing as the youngest captain in naval history. She soon discovers the situation on Cadiz is even worse than anyone in power anticipated. War isn’t just a possibility—it is imminent. Yet the admiral in position to bolster defenses refuses to prepare for a fight. Can Kat find a way to investigate the enemy, alert the Commonwealth, and whip an entire fleet into fighting shape before the Theocracy’s war machine destroys everything she holds dear?
Kindle Price: £0.99
Click here to download this book.
Posted by Joisel at 4:00 PM