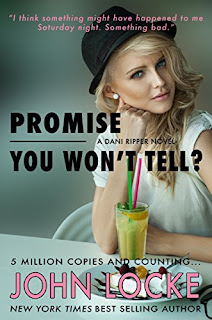 Promise You Won't Tell?
Private Investigator Dani Ripper’s client list is nuttier than the Looney Tunes conga line, but she diligently solves one crazy case after another, waiting for a game-changer. Enter Riley Freeman, 17-year-old honor student. Saturday afternoon Riley quietly placed a little strawberry sticker on her private area and pretended it was a tattoo. She didn’t tell anyone about it. That night she went to a slumber party that featured drinking and boys. Riley fell asleep, woke up the next day with no reason to think anything happened…Until Monday, at school, when a classmate called her Strawberry. Coincidence or crime? Dani agrees to investigate. And the roller coaster ride begins.
Kindle Price: £0.00
Click here to download this book. 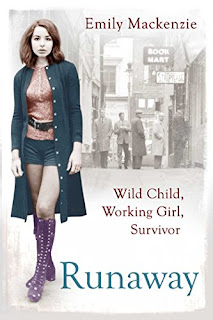 Runaway
Adopted at birth in 1956, Emily enjoyed a golden childhood, attending private schools and going to dancing lessons. Things changed when Emily was seven years old and her mother turned on her, suddenly viewing her daughter as a rival. She became addicted to beating her and encouraged her new husband, a narcissistic bully, to use his rhino-whip on her. By the time Emily was twelve, he was sexually abusing her. Emily found her way into the care system, where she was vulnerable to the worst excesses of male violence. She ran away to London and was drawn into life as an underage prostitute, servicing perverted clients. It was only when she was almost murdered that she turned her life around.
Kindle Price: £0.99
Click here to download this book.
Posted by Joisel at 4:00 PM