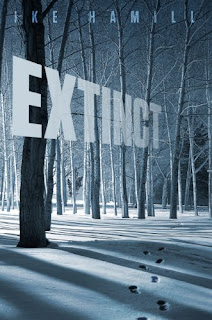 Extinct
Channel Two predicted a blanket of snow for Thanksgiving weekend--unusual, but not alarming for the little Maine island. What comes is a blinding blizzard, and a mass disappearance of nearly every person Robby Pierce knows. He and his family flee, trying to escape the snow and the invisible forces stealing people right from the street. Miles away, Brad Jenkins battles the same storm. Alone, he attempts to survive as snow envelops his house. When the storm breaks, Brad makes his way south to where the snow ends and the world lies empty. Join Brad, Robby, and the other survivors as they fight to find the truth about the apocalypse and discover how to live in their new world.
Kindle Price: £0.00
Click here to download this book. 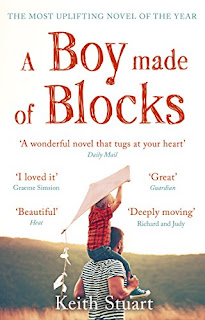 A Boy Made of Blocks
Alex loves his family, and yet he struggles to connect with his eight-year-old autistic son, Sam. The strain has pushed his marriage to the breaking point. So Alex moves in with his merrily irresponsible best friend on the world’s most uncomfortable blow-up bed. As Alex navigates single life, long-buried family secrets, and part-time fatherhood, his son begins playing Minecraft. Sam’s imagination blossoms and the game opens up a whole new world for father and son to share. Together, they discover that sometimes life must fall apart before you can build a better one. Inspired by the author’s own relationship with his autistic son, A Boy Made of Blocks is a tear-jerking, funny, and, most, of all true-to-life novel about the power of difference and one very special little boy.
Kindle Price: £1.99
Click here to download this book.
Posted by Joisel at 4:00 PM