Regular Print Price £8.06, Discounted Kindle Price £0.99
Notes from the Firehouse: Seventeen Firefighting Stories from a Retired Firefighter
A memoir from a retired firefighter about firefighting, rescue calls and life around the firehouse. It's not all about fire - that's lesson number one. No,it's a collection of things: assisting an injured person at three o'clock in the morning, calming a child in a traumatic situation, saving the belongings of a family from the ravages of a fire, seeing people in every heartbreaking situation imaginable and trying to help them, while not losing yourself in the process.
Click here to buy this book. 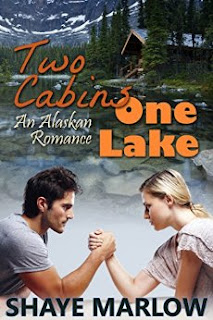 Two Cabins, One Lake
Helly is a volatile blonde with a passion for fishing, a grudging tolerance for the fishermen she guides, and a part-time job putting her sexual fantasies in writing. She lives a quiet life in the Alaskan bush, alone on her little lake with only a spooky dog and her gun collection for company. But then Gary, the most obnoxious man Helly’s ever met, roars into her life. The mysterious helicopter pilot moves into the cabin across the lake with a vengeance. And fire. And karaoke. He’s a despicably early riser with a penchant for public indecency, a talent for trespassing… and he’s handsome as the devil, with abs she’d like to lick. Helly quickly realizes her little lake isn’t big enough for the two of them. After an initial attempt at being reasonable, and responsible, and mature, she gives up—and gives as good as she gets. What follows is a feud of eardrum-battering intensity; a no-holds-barred water fight to the tune of a screaming chainsaw, with her panties caught in the crossfire. Just when Helly thinks things couldn’t possibly get any worse, her crazy brothers crash the party. In an unforgiving land where even the wildlife is out for blood, can the pair survive long enough for Gary to capture Helly’s heart, along with her wrists? Or will Gary’s past be the final blow, after Helly loses her boat, her dignity, and what’s left of her ammo?
Kindle Price: £0.00
Click here to download this book. 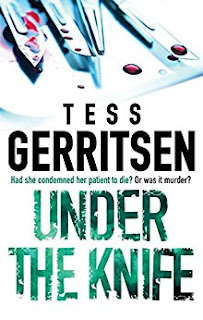 Under The Knife
For David Ransom, it begins as an open-and-shut case. Malpractice. As attorney for a grieving family, he's determined to hang a negligent doctor. Then Dr. Kate Chesne storms into his office, dating him to seek out the truth -- that she's being framed. First, it was Kate's career that was in jeopardy. Then, when another body is discovered, David begins to believe her. Suddenly, it's much more. Somewhere in the Honolulu hospital, a killer walks freely among patients and staff. And now David finds himself asking the same questions Kate is desperate to have answered. Who is next? And why?
Kindle Price: £0.99
Click here to download this book.
Posted by Joisel at 4:00 PM