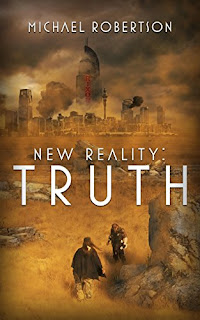 New Reality: Truth
When New Reality, a fully immersive, five-dimensional entertainment experience, was introduced to the world, everyone logged on. Everyone except Jake and Tom. It doesn’t take long for the world to crumble into ruin, leaving Jake and Tom wandering through leveled cities occupied by New Reality dreamers. In order to find one gamer among many, they must risk everything—going up against Rixon, the corporation behind New Reality. Facing starvation, the New Reality headsets offer sustenance from a synthesized sludge pumped directly into the gamer’s body. With a headset, they’ll get fed and their only limitations are their own imaginations. They can have paradise, comfort, and peace. They have the power to realize their deepest desires. But for Tom, it’ll mean sacrificing his son to the false reality masterminded by Rixon. For Jake, it’ll mean sacrificing his dream of living a true existence, no matter how stark. Wrestling with the decision, they soon find out they aren’t the only ones living in the ruins. Someone… something else, has taken an interest in the pair. Turning from scavengers to prey, they have to make a decision. Family or self? Faith or fear? Truth or New Reality?
Kindle Price: £0.00
Click here to download this book. 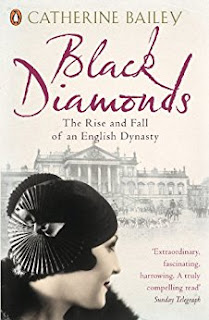 Black Diamonds
This tells of the Fitzwilliams' spectacular decline: of inheritance fights; rumours of a changeling and of lunacy; philandering earls; illicit love; war heroism; a tragic connection to the Kennedys; violent death; mining poverty and squalor; and a class war that literally ripped apart the local landscape. The demise of Wentworth and the Fitzwilliams is a riveting account of aristocratic decline and fall, set in the grandest house in England.
Kindle Price: £1.99
Click here to download this book.
Posted by Joisel at 4:00 PM