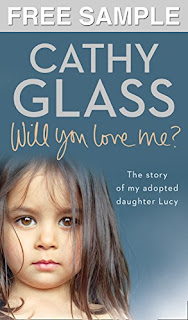 Will You Love Me?
Lucy was born to a single mother who had been abused and neglected for most of her own childhood. Right from the beginning Lucy s mother couldn t cope, but it wasn t until Lucy reached eight years old that she was finally taken into permanent foster care. By the time Lucy is brought to live with Cathy she is eleven years old and severely distressed after being moved from one foster home to another. Withdrawn, refusing to eat and three years behind in her schooling, it is thought that the damage Lucy has suffered is irreversible. But Cathy and her two children bond with Lucy quickly, and break through to Lucy in a way no-one else has been able to, finally showing her the loving home she never believed existed. Cathy and Lucy believe they were always destined to be mother and daughter it just took them a little while to find each other.
Kindle Price: £0.00
Click here to download this book. 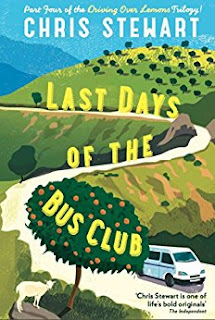 Last Days of the Bus Club
It's two decades since Chris Stewart moved to his farm on the wrong side of a river in the mountains of southern Spain and his daughter Chlöe is preparing to fly the nest for university. In this latest, typically hilarious dispatch from El Valero we find Chris, now a local literary celebrity, using his fame to help his old sheep-shearing partner find work on a raucous road trip; cooking a TV lunch for visiting British chef, Rick Stein; discovering the pitfalls of Spanish public speaking; and, most movingly, visiting famine-stricken Niger for Oxfam. Yet it's at El Valero, his beloved sheep farm, that Chris remains in his element as he, his wife Ana and their assorted dogs, cats and sheep weather a near calamitous flood and emerge as newly certified organic farmers. His cash crop? The lemons and oranges he once so blithely drove over, of course.
Kindle Price: £3.47
Click here to download this book.
Posted by Joisel at 4:00 PM