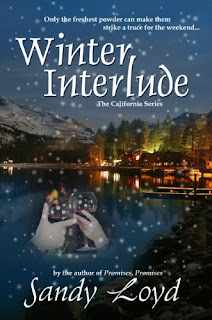 Winter Interlude
Paul Morrison, a hunky, blond, financial planner, has been putting time and energy into winning the heart of Kate Winter’s best friend for almost as long as Kate, a strong willed antiques dealer, has been dating James Morrison, Paul’s brother. The sparks start to fly when the two get stuck together for a three-hour drive to the mountains and years of misconceptions about each other are slowly being wiped out. It is in the confines of the BMW that the two begin their journey, taking them from being mortal enemies to lovers. Winter Interlude tells the story of their adventure – of how they finally find love. Kate and Paul’s story is the first one in a series of four friends caught in a time warp. They can’t move on because they are stuck on their idea of their perfect dreams. But sometimes life works in mysterious ways and they are all forced by circumstances to change.
Kindle Price: £0.00
Click here to download this book. 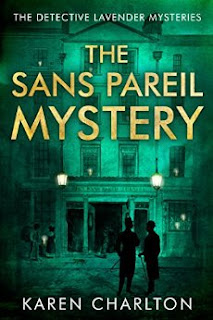 The Sans Pareil Mystery
On a cold February night in Regency London, a dark curtain falls on the Sans Pareil Theatre following the death of April Clare, a promising young actress, whose body is found in mysterious circumstances. Detective Stephen Lavender and his dependable deputy, Constable Woods, quickly discover that nothing is quite as it seems. As successive mysteries unfold, they soon realise that it is not only the actors from the Sans Pareil who are playing a part. With the Napoleonic War looming dangerously across the Channel, this is a time of suspicion and treachery. Following the clues from the seedy back streets of Covent Garden up through the echelons of society, Lavender and Woods begin to fear that the case is much bigger than they’d dared imagine—and worse, that they are at risk of becoming mere players in a master criminal’s shadowy drama. It will take all of Lavender’s skill and wit, and help from the beautiful Magdalena, to bring the mystery of the Sans Pareil Theatre to a dramatic conclusion in the final act.
Kindle Price: £0.99
Click here to download this book. 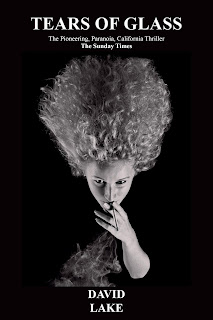 TEARS OF GLASS
From the pen of a Bafta winning screenwriter and links to music from a Bafta winning Composer, this is an exciting Roller-Coaster Thriller which you just can’t put down.‘ A Wonderful, Scintillating package’ BBC TV
Kindle Price: £0.00
Click here to download this book.

The Beast of Mexico
At first she wanted him behind bars, but after a while she was prepared to go to prison to save him. A humorous, yet heartbreaking crime and suspense love story.
Kindle Price: £0.00
Click here to download this book.
Posted by Joisel at 4:00 PM