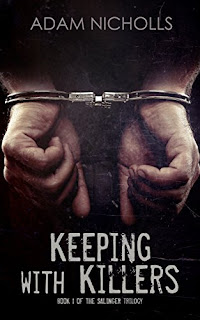 Keeping with Killers
Blake Salinger leads a normal life in London as a salesman. Every day is planned, organised... safe. But that all changes when the police arrive at his workplace. His wrists are shackled as he is arrested, accused of murdering his estranged father. That's when he is daringly freed by the silver-haired man, a shady ally with the goal of setting things straight... and an unquenchable thirst for violence. Blake comes to learn that he is merely a puppet in a mysterious organisation's plan. With the police hot on his trail, Blake - along with his new companion - must strive to uncover the secrets of his father's murder, before it's too late. Before The Agency catches up to them.
Kindle Price: £0.00
Click here to download this book. 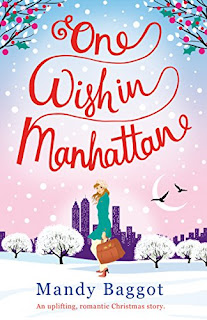 One Wish in Manhattan
It's the most wonderful time of the year...to fall in love The temperature is dropping, snow is on its way and Hayley Walker is heading for New York with one wish... to start over. With her daughter Angel, Hayley is ready for adventure. But there's more to New York than twinkly lights and breathtaking skyscrapers. Angel has her own Christmas wish - to find her real dad. While Hayley tries to fulfil her daughter's wish, she crosses paths with billionaire Oliver Drummond. Restless and bored with fast living, there's something intriguing about him that has Hayley hooked. Can Hayley dare to think her own dreams might come true - could A New York Christmas turn into a New York Forever?
Kindle Price: £0.99
Click here to download this book.
Posted by Joisel at 4:00 PM