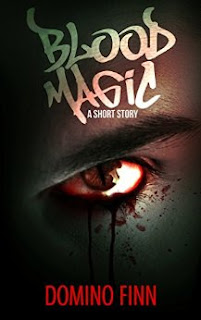 Blood Magic
"When they found the first body, no one batted an eye. That was par for the course in Skid Row. But something with these deaths was off. They were made to look like ritualistic suicides, like something supernatural. But I knew better. Besides, I don't believe in magic. My name is Rick Danvers and I'm an undercover detective with Robbery Homicide. I've been embedded in this slum for a week now, and before the night is over, I'm gonna get to the bottom of the Skid Row Suicides".
Kindle Price: £0.00
Click here to download this book. 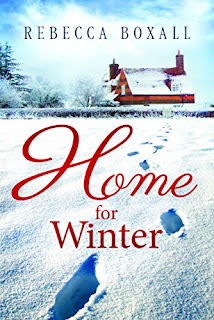 Home for Winter
Serena Meadows and her twin sister, Luna, are identical in appearance—but the similarity ends there. Luna always had a mean streak and, as a teenager, her selfishness culminated in an almighty betrayal from which Serena thought she’d never recover. Years later the twins are reunited by tragedy and Luna is a changed woman. The arrogance and spite of her youth are gone and, at a time when Serena really needs support, Luna sets aside her own life to come to the rescue. But her generosity is not what it seems and before long she does something so devastating that her past conduct pales into insignificance. Distraught once more, Serena and her vicar boyfriend, Will, move to a country parish for a fresh start, but Luna casts a long shadow over their dream of a happy family life. Serena wants nothing to do with her sister, but while Luna has the upper hand, it’s impossible for her to move on. These twins, torn apart by bad blood, discover that you can’t choose your relatives—and sometimes you can’t escape them either.
Kindle Price: £3.98
Click here to download this book. 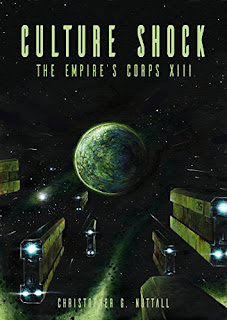 Culture Shock
Arthur’s Seat had never sought a galactic role. A relatively new colony world, a mere three hundred years old, the planet was always isolated from the galactic mainstream. But with the Empire crumbling after the fall of Earth, and other planets taking advantage of the chaos to make their own bids for power, Arthur’s Seat suddenly finds itself playing host to tens of thousands of unwanted immigrants, refugees who have been kicked off countless other worlds. But as the planetary government struggles to integrate the newcomers, powerful factions plot to take advantage of the situation and the refugees struggle to carve out a place for themselves, it becomes clear that the entire planet is on the verge of anarchy... And outright civil war may not be far away.
Kindle Price: £3.26
Click here to download this book. 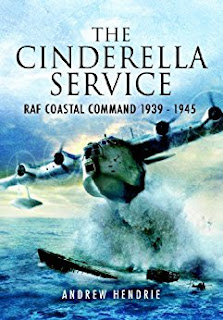 Cinderella Service
This book reveals the vital contribution that RAF Coastal Command made to the Allies war effort. Although often referred to as the 'Cinderella Service' because by its nature, it did not gain the recognition it deserved and was overshadowed by Fighter and Bomber Commands and considering that it was not given priority in terms of aircraft and equipment, its wartime record was second to none. The two main roles of Coastal Command were anti-submarine work in the Atlantic and anti-shipping operations against enemy warships and merchant vessels. This work looks at every aspect of the command's work, equipment and aircraft and draws upon many first-hand accounts. Lengthy and comprehensive appendices cover Orders of Battle, Commanders, U boats sunk, ships sunk, aircraft losses and casualties.
Kindle Price: £0.99
Click here to download this book. 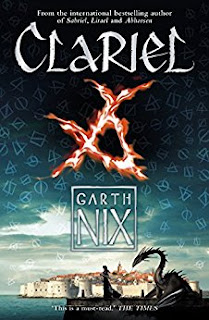 Clariel
Sixteen-year-old Clariel is not adjusting well to her new life in the city of Belisaere, the capital of the Old Kingdom. She misses roaming freely within the forests of Estwael, and she feels trapped within the stone city walls. And in Belisaere she is forced to follow the plans, plots and demands of everyone, from her parents to her maid, to the sinister Guildmaster Kilp. Clariel can see her freedom slipping away. It seems too that the city itself is descending into chaos, as the ancient rules binding Abhorsen, King and Clayr appear to be disintegrating. With the discovery of a dangerous Free Magic creature loose in the city, Clariel is given the chance both to prove her worth and make her escape. But events spin rapidly out of control. Clariel finds herself more trapped than ever, until help comes from an unlikely source. But the help comes at a terrible cost. Clariel must question the motivations and secret hearts of everyone around her - and it is herself she must question most of all.
Kindle Price: £4.07
Click here to download this book. 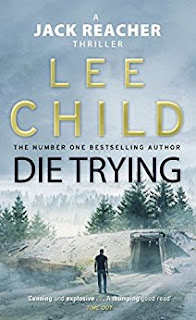 Die Trying
In a Chicago suburb, a dentist is met in his office parking lot by three men and ordered into the trunk of his Lexus. On a downtown sidewalk, Jack Reacher and an unknown woman are abducted in broad daylight by two men - practiced and confident - who stop them at gunpoint and hustle them into the same sedan. Then Reacher and the woman are switched into a second vehicle and hauled away, leaving the dentist bound and gagged inside his car with the woman's abandoned possessions, two gallons of gasoline. . . and a burning match. The FBI is desperate to rescue the woman, a Special Agent from the Chicago office, because the FBI always - always - takes care of its own, and because this woman is not just another agent. Reacher and the woman join forces, against seemingly hopeless odds, to outwit their captors and escape. But the FBI thinks Jack is one of the kidnappers - and when they close in, the Bureau snipers will be shooting to kill.
Kindle Price: £4.99
Click here to download this book.
Posted by Joisel at 5:00 PM