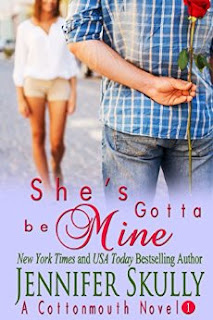 She's Gotta Be Mine
Dumped? For her husband’s high school sweetheart he hasn’t seen in twenty years? Roberta Jones Spivey isn’t going to lay down for that. Instead, she reinvents herself and the new Bobbie Jones—new haircut, new name, new attitude—follows her soon-to-be ex to the small Northern California town of Cottonmouth.What better way to show him—and his sweetheart—what he’s missing in the brand new Bobbie Jones than taking up with the town’s local bad boy—who’s also reputed to be a serial killer. Nick Angel is devilishly handsome and sexy as all get-out. In a word, perfect. It’s all going exactly according to plan...until a real murder rocks the little town of Cottonmouth. Of course, Nick didn’t do it...did he?
Kindle Price: £0.00
Click here to download this book. 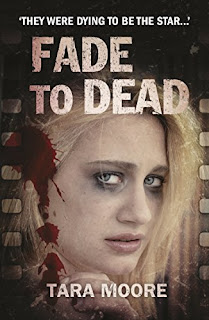 Fade to Dead
When a serial killer, The Director, starts snatching young women off the street to "act" in his movies, Jessica is tasked with apprehending him. It's her first major case and the opportunity to prove that she's not just the token woman promoted to satisfy the PC brigade. The Director's victims are all of a type: barely legal, blonde, and beautiful. As the body count rises, Jessica is fast losing confidence. With no clues to go on and a boss who's just willing her to screw up, she's also losing sleep, and possibly her husband, too. Who can blame her if she starts to find a little too much comfort at the bottom of a bottle? But Jessica Wideacre is no pushover; she doesn't suffer fools gladly. She will earn respect. And she will get her man. Meanwhile, The Director has another victim in his sights, and this one, a famous movie star, is real special. He's going to make her a star.
Kindle Price: £1.99
Click here to download this book. 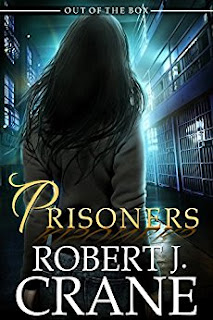 Prisoners
Sienna Nealon has dedicated her life to keeping those with powers from breaking the law at will. After years of filling a prison for the powered called the Cube, a Supreme Court decision opens the floodgates and lets all of them out again. Now Sienna finds herself going from hunter to hunted as the US government turns a blind eye while the former inmates target her and her friends for death. With the attacks hitting closer and closer to home, will Sienna be able to fight back against the overwhelming odds before she – or someone she cares about – gets killed?
Kindle Price: £3.49
Click here to download this book. 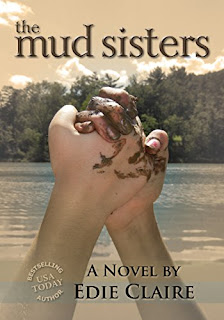 The Mud Sisters
As the indomitable Teagan vows to help Jamie get back on her feet again, the women’s bond strengthens anew. But with Jamie’s life under threat from a man she can’t remember--a man who is determined to find her again before she does--Teagan’s loyalties to her friend, her profession, and her new marriage are tested to their limits. And when the women realize that their pasts have been intertwined far more than deeply than either of them knew, the fate that separated them once before threatens to tear apart them again. And this time, it could be forever.
Kindle Price: £0.99
Click here to download this book. 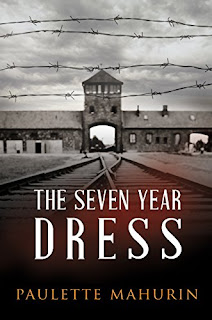 The Seven Year Dress
One of the darkest times in human history was the insane design and execution to rid the world of Jews and “undesirables.” At the hands of the powerful evil madman Adolf Hitler, families were ripped apart and millions were slaughtered. Persecution, torture, devastation, and enduring the unthinkable remained for those who lived. This is the story of one woman who lived to tell her story. This is a narrative of how a young beautiful teenager, Helen Stein, and her family were torn asunder, ultimately bringing her to Auschwitz. It was there she suffered heinous indignity at the hands of the SS. It was also there, in that death camp, she encountered compassion, selfless acts of kindness, and friendship. Written by the award-winning, best-selling author of His Name Was Ben, comes a story of the resilience of the human spirit that will leave you thinking about Helen Stein and The Seven Year Dress for years to come after the last page is shut.
Kindle Price: £2.77
Click here to download this book. 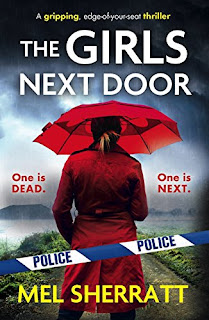 The Girls Next Door
One warm spring evening, five teenagers meet in a local park. Only four will come out alive. Six months after the stabbing of sixteen-year-old Deanna Barker, someone is coming after the teenagers of Stockleigh, as a spate of vicious assaults rocks this small community. Revenge for Deanna? Or something more?  Detective Eden Berrisford is locked into a race against time to catch the twisted individual behind the attacks – but when her own niece, Jess Mountford, goes missing, the case gets personal. With the kidnapper threatening Jess’s life, can Eden bring back her niece to safety? Or will the people of Stockleigh be forced to mourn another daughter…?
Kindle Price: £0.99
Click here to download this book.
Posted by Joisel at 5:00 PM