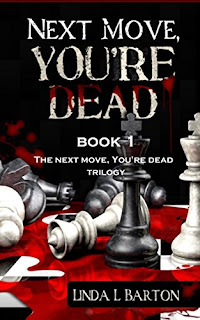 Next Move, You're Dead
Homicide detective John Cooper has always followed the evidence to solve any case. That is until he starts receiving phone calls claiming otherwise. As the murder cases are already solved, John wonders what the phone calls have to do with them. The evidence proves the guilt of those involved, but the calls make him start to question the evidence and himself - for the first time in his career. With each move, John finds himself caught up in a game with an unknown opponent who is always one step ahead and seems to know John better than he knows himself, but how? How can someone know every detail of the murder cases and not be involved? But most importantly, how can this chilling caller know everything about John? As John prepares himself to take on the challenge, he soon realizes that everything he's believed in is no longer part of his new reality.
Kindle Price: £0.00
Click here to download this book. 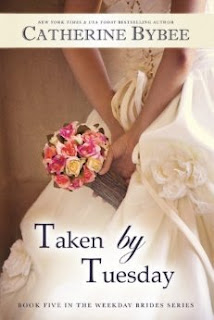 Taken by Tuesday
Judy Gardner: College graduate Judy stands ready to conquer the world…if she can get a job. Hoping to transition from aspiring architect to famous architect as quickly as possible, the dark-haired beauty moves to LA, staying in the home of her celebrity brother, Michael Wolfe. But it’s hard for Judy to focus on work when the sexy bodyguard she fell for last summer keeps showing up in her life and leaving her breathless.
Rick Evans: With his hard body, green eyes, and easy smile, Rick could have any woman he wants. But the Marine-turned-bodyguard only has eyes for Judy and her spitfire attitude. When a faceless villain attacks Judy, Rick will stop at nothing to protect the woman who opened his heart from the monster hunting her.
Kindle Price: £0.99
Click here to download this book. 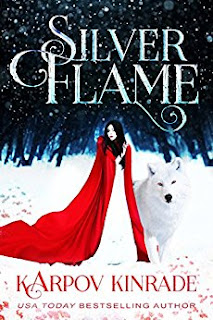 Vampire Girl 3
"I was an ordinary girl, living an ordinary life, until I sold my soul to save my mother. Now, I am trapped between two worlds. Between the vampire demons who own my contract, and the Fae whose bloodline flows in me. Between the prince I'm falling in love with, and the race his kind has enslaved".
Kindle Price: £3.12
Click here to download this book. 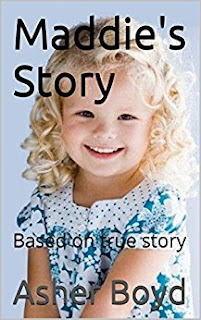 Maddie's Story
When officers discovered Maddie chained to a table and competing with dogs for food, they asked the young girl her name....You could never guess her reply!
Kindle Price: £2.25
Click here to download this book. 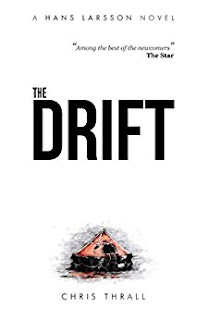 The Drift
Following the death of his wife and son, Hans Larsson buys a yacht named Future, intending to sail across the Atlantic with his young daughter Jessica. En route they meet Penny, a seasoned English skipper, who joins them as crew, and the larger-than-life Marcel, a Dutch art dealer hiding a secret, along with a stash of drugs on his vintage boat. Battling storms, sharks and pirates, Hans and Jessica experience the adventure of a lifetime, until fate intervenes to leave them fighting for survival on an ocean less perilous than the mind . .
Kindle Price: £0.99
Click here to download this book. 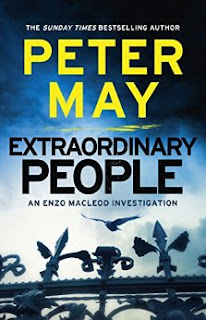 Extraordinary People
An old mystery.
As midnight strikes, a man desperately seeking sanctuary flees into a church. The next day, his sudden disappearance will make him famous throughout France.
A new science.
Forensic expert Enzo Macleod takes a wager to solve the seven most notorious French murders, armed with modern technology and a total disregard for the justice system.
A fresh trail.
Deep in the catacombs below the city, he unearths dark clues deliberately set - and as he draws closer to the killer, discovers that he is to be the next victim.
Kindle Price: £1.99
Click here to download this book.
Posted by Joisel at 5:00 PM