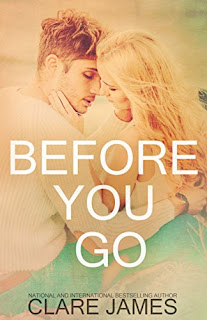 Before You Go
After a public sex scandal at her college, Tabby moves to a new city with a new school, convinced she can start over. But she soon realizes the changes are not enough. Tabby must take action to help her heal and move on from the past. And though it sounds crazy, she believes a one-night stand is the best way to take back what’s hers. If she can choose where, when, and most importantly, who … maybe she can regain control. First, she needs a willing participant. She finds more than that when she meets Noah Adler. Unfortunately, she can’t go through with it. And when she tries to forget about the plan—and the guy—it becomes impossible. Noah quickly weaves his way into her new life and her heart. But as he comes dangerously close to discovering her secret, Tabby’s at risk of losing it all.
Kindle Price: £0.00
Click here to download this book. 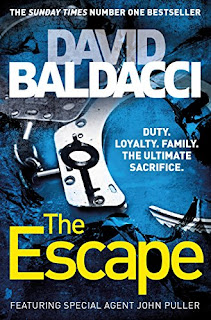 The Escape
John Puller's older brother, Robert, was convicted of treason and national security crimes. His inexplicable escape from prison makes him the most wanted criminal in the country. Some in the government believe that John Puller represents their best chance at capturing Robert alive, and so Puller takes on the burden of bringing his brother in to face justice. But Puller quickly discovers that there are others pursuing his brother, who only see Robert as a traitor and are unconcerned if he survives. Puller is in turn pushed into an uneasy, fraught partnership with another agent, who may have an agenda of her own. They dig more deeply into the case together, and Puller finds that not only are her allegiances unclear, but that there are troubling details about his brother's conviction....and that someone is out there who doesn't want the truth to ever come to light. As the nation-wide manhunt for Robert grows more urgent, Puller's masterful skills as an investigator and strength as a fighter may not be enough to save his brother-or himself.
Kindle Price: £2.19
Click here to download this book. 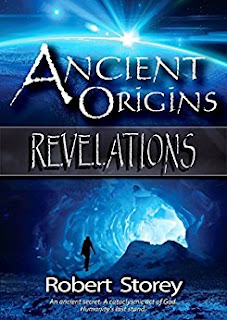 Ancient Origins
In the year 2040 Sarah Morgan, an English archaeologist, has long been seeking evidence to back up her claims that an advanced ancient human ancestor once populated the Earth. When she finally gets the proof she craves it is cruelly wrenched from her grasp; but never one to lie down Sarah finds another path, a path that propels her into a quest that will span continents and change her life forever.
Kindle Price: £0.99
Click here to download this book. 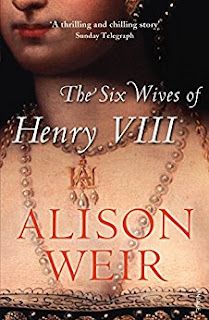 The Six Wives Of Henry VIII
The tempestuous, bloody, and splendid reign of Henry VIII of England (1509-1547) is one of the most fascinating in all history, not least for his marriage to six extraordinary women. In this accessible work of brilliant scholarship, Alison Weir draws on early biographies, letters, memoirs, account books, and diplomatic reports to bring these women to life. Catherine of Aragon emerges as a staunch though misguided woman of principle; Anne Boleyn, an ambitious adventuress with a penchant for vengeance; Jane Seymour, a strong-minded matriarch in the making; Anne of Cleves, a good-natured and innocent woman naively unaware of the court intrigues that determined her fate; Catherine Howard, an empty-headed wanton; and Catherine Parr, a warm-blooded bluestocking who survived King Henry to marry a fourth time.
Kindle Price: £1.99
Click here to download this book. 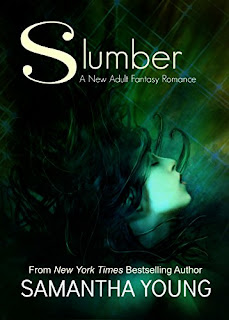 Slumber
Molded by a tragic childhood, nineteen-year-old Rogan finds it extremely difficult to trust people. Now Haydyn, her best friend and the one person she does trust, is dying and only Rogan can save her. Setting off on a journey to retrieve the plant that will cure Haydyn and subsequently the ills that will befall them all if she dies, Rogan is stuck in close quarters with a protector she distrusts above all others. Wolfe Stovia. The son of the man who destroyed Rogan’s family. At a constant battle of wills with the handsome Captain of the Guard, Rogan just knows this adventure together will be fraught with tension. She never imagined, however, that the quest would be so dangerous… not least of all when she finds herself falling for a man she could have sworn was her no.1 enemy…
Kindle Price: £2.99
Click here to download this book. 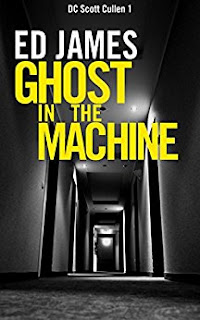 Ghost in the Machine
Detective Constable Scott Cullen of Lothian and Borders has only been three months in CID as a full DC. He is assigned a Missing Persons case which has stretched his uniform colleagues. Caroline Adamson - a young, recently divorced mother from Edinburgh - has disappeared whilst on a date. The more Cullen digs into her disappearance, the more he unravels her private life. Who was she on a date with? What happened during her divorce from Rob Thomson? As Cullen's own private life gets messier and the relationship with his DI deteriorates, Caroline's body turns up and he finds himself hunting for a ghost in the machine.
Kindle Price: £1.99
Click here to download this book.
Posted by Joisel at 5:00 PM