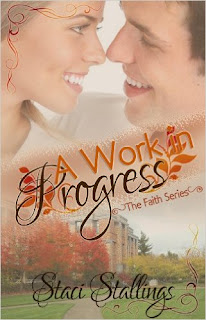 A Work in Progress
Rebecca Avery has never been one of “them”—the popular kids, the beautiful people. With less than fashion-plate looks and an off-beat, quirky style to living life, she has been relegated to finding “alone” activities to fill her time throughout high school. Unfortunately, college hasn’t changed that. Then she meets Eric Barnett, a nice guy who seems a little quirky himself. The only problem is, he’s in love with her roommate—one of the truly beautiful people. When Rebecca finds herself falling for him, she must find a way to break out of her shell or risk losing him forever.
Kindle Price: £0.00
Click here to download this book. 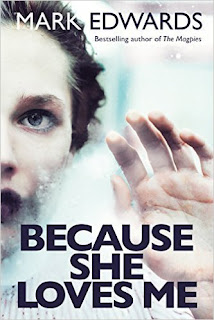 Because She Loves Me
When Andrew Sumner meets beautiful, edgy Charlie, he is certain his run of bad luck has finally come to an end. But as the two of them embark on an intense affair, Andrew wonders if his grasp on reality is slipping. Items go missing in his apartment. Somebody appears to be following him. And as misfortune and tragedy strike his friends and loved ones, Andrew is forced to confront the frightening truth.…
Kindle Price: £3.98
Click here to download this book. 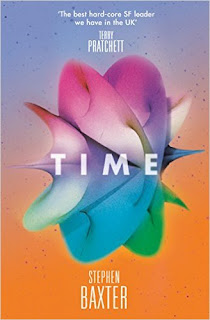 Time
The year is 2010. More than a century of ecological damage, industrial and technological expansion, and unchecked population growth has left the Earth on the brink of devastation. As the world’s governments turn inward, one man dares to envision a bolder, brighter future. That man, Reid Malenfant, has a very different solution to the problems plaguing the planet: the exploration and colonization of space. Now Malenfant gambles the very existence of time on a single desperate throw of the dice. Battling national sabotage and international outcry, as apocalyptic riots sweep the globe, he builds a spacecraft and launches it into deep space. The odds are a trillion to one against him.
Kindle Price: £4.99
Click here to download this book. 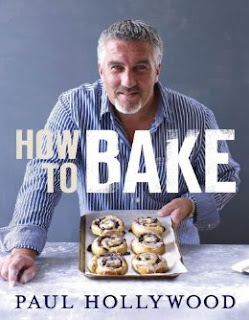 How to Bake
At last, the star of BBC2's The Great British Bake Off reveals all the secrets of his craft in How to Bake. The son of a baker, Paul Hollywood is passionate about busting the myths that surround baking, sharing his finely honed skills, and showing that with the right guidance, anybody can achieve success time after time. With this in mind, he has filled this book with easy-to-follow, clearly explained, utterly delicious recipes. Having taken you through the basic techniques, Paul explains how to make an abundance of breads, pastries, cakes and biscuits including wholemeal loaf, soda bread, ciabatta, focaccia, chapatis, Cheddar and apple bread, fruit loaf, fresh croissants, scones, classic Victoria sponge, lemon drizzle cake, baklava, buttery shortbread and triple layer chocolate cake. Time to get baking
Kindle Price: £3.79
Click here to download this book. 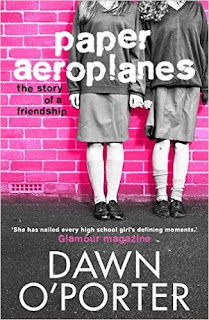 Paper Aeroplanes
It's the mid-1990s, and fifteen year-old Guernsey schoolgirls, Renée and Flo, are not really meant to be friends. Thoughtful, introspective and studious Flo couldn't be more different to ambitious, extroverted and sexually curious Renée. But Renée and Flo are united by loneliness and their dysfunctional families, and an intense bond is formed. Although there are obstacles to their friendship (namely Flo's jealous ex-best friend and Renée's growing infatuation with Flo's brother), fifteen is an age where anything can happen, where life stretches out before you, and when every betrayal feels like the end of the world. For Renée and Flo it is the time of their lives.
Kindle Price: £3.99
Click here to download this book. 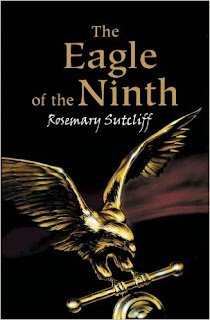 The Eagle of the Ninth
Set in Roman Britain this story is of a young Roman officer who sets out to discover the truth behind the mysterious disappearance of the Ninth Legion, who marched into the mists of Northern Britain and never returned.
Kindle Price: £3.49
Click here to download this book. 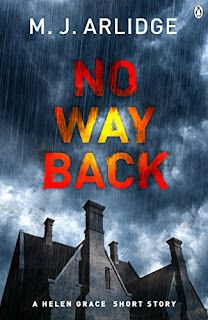 No Way Back
Jodie's arriving at her third children's home. She's only fifteen. Maybe this time will be different. She'll be safe. Looked after. But the truth is Jodie has no one left to protect her. She must defend herself. She must change.
Kindle Price: £0.99
Click here to download this book.
Posted by Joisel at 5:00 PM