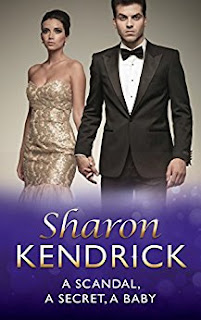 A Scandal, a Secret, a Baby
One sinful night…Dante D'Arezzo is the last person famous songwriter Justina Perry wants to see at her best friend's wedding. The wickedly sexy Italian is ruthless to the core. He broke her heart once; she won't surrender to his insatiable desire again. But what Dante wants…One very big scandal! Justina's pregnancy hits the front page and Dante knows he's the father. He'll make her pay for trying to keep his child from him. His Miss Independent is about to become completely dependent…on him! This Italian will claim his heir and—if he wants her—a wife!
Kindle Price: £0.00
Click here to download this book. 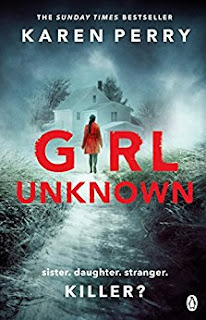 Girl Unknown
'I think you might be my father . . .'
When first-year student Zoë Barry walks into Professor David Connolly's office and tentatively says these words, he is left reeling. But it is the lives of his family - particularly his wife Caroline - which are turned upside down by the arrival of this stranger.
A daughter, a sister, a friend . . . an enemy?
Though no one knows quite who Zoë is, she is soon entangled in their lives. Yet her stories don't ring true and Caroline is determined to learn if the girl is the unlucky innocent she claims to be or someone with a far darker agenda. A deadly cuckoo in the nest . . .Because by letting Zoë in, David and Caroline aren't just leaving themselves vulnerable. They're risking the most precious thing in the world - the lives of their children . . .
Kindle Price: £1.99
Click here to download this book. 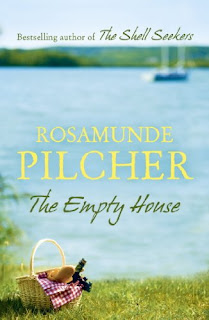 The Empty House
At twenty-seven, Virginia Keile had been through the most intense experiences life had to offer-a magical first love ending in heartbreak, a suitable marriage, motherhood, and widowhood. All she wanted now was to take her daughter and son to a seaside cottage and help them recover. But Virginia's true love was there, waiting, hoping, praying that this time she would be strong enough to seize happiness.
Kindle Price: £0.99
Click here to download this book. 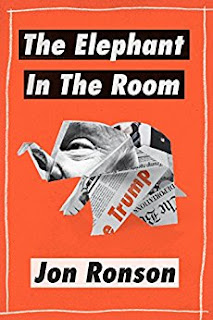 The Elephant in the Room
In The Elephant in the Room, Jon Ronson, the New York Times-Bestselling author of The Psychopath Test, Them, and So You’ve Been Publicly Shamed, travels to Cleveland at the height of summer to witness the Republican National Convention. Along the way, he reunites with an old acquaintance—the influential provocateur and conspiracy talk-show host Alex Jones—who draws him, unexpectedly, into one of the most bizarre presidential campaigns in American history. From the private Winnebago where conspiracy theorists and fearmongers discuss key campaign decisions, to a chance encounter with notorious political operative Roger Stone, Ronson’s picaresque journey into Donald Trump’s atmosphere introduces us to the people who orbit the campaign machine, and discovers what makes them tick—and what ticks them off. Whimsical, hilarious and often downright terrifying, The Elephant in the Room captures a defining moment in our time as only Jon Ronson could see it.
Kindle Price: £1.79
Click here to download this book. 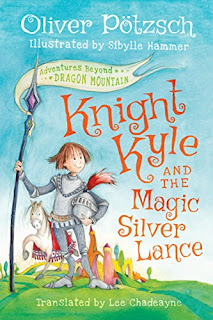 Knight Kyle and the Magic Silver Lance
Beyond the great forest and towering Dragon Mountain lies Fairyland, a land of elves and trolls, dragons and giants, magicians and fairies. And in one corner, Fairyland East, lives Knight Kyle. Kyle’s great-grandfather once possessed a silver lance that, according to legend, gave its owner invincible power. The lance is now missing, and Kyle is always looking for it, but so are his worst enemies: the robber Rasputin and the evil magician Balduin. Luckily, Kyle has the help of his friends, including Lady Constance (who is as brave as a dragon), Dragobert (who really is a dragon), Elf Aurin (whose harp playing, unfortunately, puts Kyle to sleep), and Prince Nepomuk (who protects his friends and his wardrobe at all times). Almost every day they find themselves in a new amazing adventure.
Kindle Price: £0.99 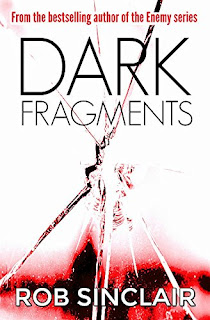 Dark Fragments
Outwardly, Ben Stephens appears to be a normal, hard-working family man. In reality, his life has been in turmoil since the murder of his wife, Alice, seven years ago. The killer was never caught. Now re-married - to the woman he was having an affair with while still married to Alice - Ben’s life is once again spiralling out of control, and he’s become heavily indebted to an unscrupulous criminal who is baying for Ben’s blood. When Ben’s estranged twin sister, a police detective, unexpectedly returns to his life, asking too many questions for comfort, it becomes clear that without action, Ben’s life will soon reach a crisis point from which there will be no return. In order to avoid falling further into the mire, Ben must examine the past if he is to survive the present - but just how much pressure can one man take before he breaks?