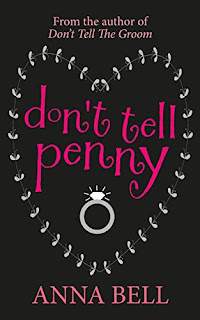 Don't Tell Penny
Lou and Penny have been best friends forever, so when Penny tells Lou she’s sure tonight’s the night fiancé Mark will finally propose, Lou couldn't be more pleased for her. But when the moment arrives, Lou can't help but wonder if marriage might be the furthest thing from Mark’s mind, and Penny hasn't noticed a thing! Could it fall on Lou to break the news gently, or will Mark bend his knee before it's just too late?
Kindle Price: £0.00
Click here to download this book. 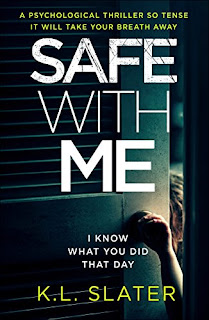 Safe With Me
Anna lives a solitary existence, taking solace in order and routine. Her only friend is the lonely old lady next door. She doesn’t like to let people to get too close – she knows how much damage they can do. Then one ordinary day Anna witnesses a devastating road accident and recognises the driver as Carla, the woman who ruined her life all those years ago. Now it’s Anna’s chance to set things straight but her revenge needs to be executed carefully … First she needs to get to know Liam, the man injured in the accident. She needs to follow the police investigation. She needs to watch Carla from the shadows… But as Anna’s obsession with Carla escalates, her own secrets start to unravel. Is Carla really dangerous or does Anna need to worry about someone far closer to home?
Kindle Price: £0.99
Click here to download this book. 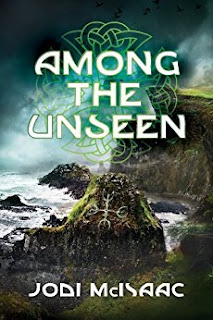 Among the Unseen
Life just keeps getting more complicated for Cedar McLeod. As the recently crowned queen of Tír na nÓg, she’s trying to understand her magical new kingdom, even as she misses her life back on Earth. It doesn’t help that a dear friend has just betrayed her—a betrayal that almost cost Cedar and her family their lives. And things aren’t easy at home, either, as Cedar’s seven-year-old daughter, Eden, lost and lonely in Tír na nÓg despite her special powers, has become painfully distant. Cedar vows to do whatever it takes to protect her family once and for all, and starts rounding up those who plotted against her. But then a new disaster breaks out: a mysterious sickness is plaguing the Unseen, Ireland’s magical creatures, including those Cedar knows and loves. With enemies still on the loose and not knowing whom she can trust, Cedar must race against time to reverse an ancient curse, in a journey that will take her from Tír na nÓg to Earth…and beyond.
Kindle Price: £0.99
Click here to download this book. 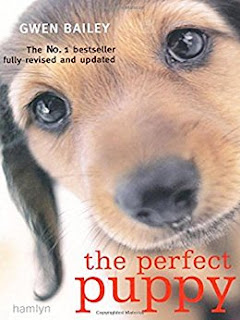 Perfect Puppy
Here is the perfect book for puppy owners and would-be puppy owners who want to know how to bring their puppy up to be a happy, well-behaved, friendly adult dog. The book gives you the latest behavioral information and emphasizes prevention.
Kindle Price: £0.99
Click here to download this book. 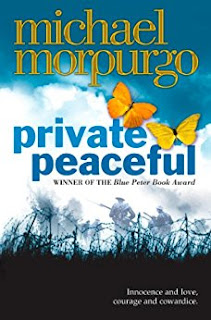 Private Peaceful
"They've gone now, and I'm alone at last. I have the whole night ahead of me, and I won't waste a single moment of it . . . I want tonight to be long, as long as my life . . ." For young Private Peaceful, looking back over his childhood while he is on night watch in the battlefields of the First World War, his memories are full of family life deep in the countryside: his mother, Charlie, Big Joe, and Molly -- the love of his life. Too young to be enlisted, Thomas has followed his brother to war and now, every moment he spends thinking about his life, means another moment closer to danger.
Kindle Price: £1.49
Click here to download this book. 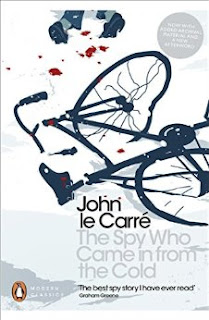 The Spy Who Came in from the Cold
In this classic, John le Carre's third novel and the first to earn him international acclaim, he created a world unlike any previously experienced in suspense fiction. With unsurpassed knowledge culled from his years in British Intelligence, le Carre brings to light the shadowy dealings of international espionage in the tale of a British agent who longs to end his career but undertakes one final, bone-chilling assignment. When the last agent under his command is killed and Alec Leamas is called back to London, he hopes to come in from the cold for good. His spymaster, Control, however, has other plans. Determined to bring down the head of East German Intelligence and topple his organization, Control once more sends Leamas into the fray -- this time to play the part of the dishonored spy and lure the enemy to his ultimate defeat.
Kindle Price: £1.99
Click here to download this book.
Posted by Joisel at 5:02 PM