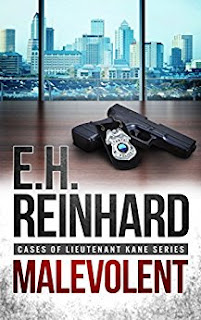 Malevolent
Darkness has a seductive power, a delicious energy that sinks its claws in deep. Once the devil has a hold of you, true malevolence is born. Sheriff Brady James has sworn to protect the small town of Durham Heights, his current priority to ruthlessly hunt a sadistic killer on the loose. With lives at stake, his focus is split between two beautiful women - one dark, one light. The clock is ticking, the threat palpable; crawling closer at every turn. Once death has you in its sights, there is no escape.  Pain. Suffering. Lives shattered and broken. In the fight of good against evil, who will survive?
Kindle Price: £0.00
Click here to download this book. 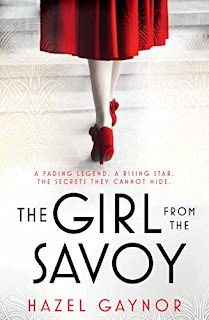 The Girl From The Savoy
Dolly Lane is a dreamer; a downtrodden maid who longs to dance on the London stage, but her life has been fractured by the Great War. Memories of the soldier she loved, of secret shame and profound loss, by turns pull her back and spur her on to make a better life. When she finds employment as a chambermaid at London’s grandest hotel, The Savoy, Dolly takes a step closer to the glittering lives of the Bright Young Things who thrive on champagne, jazz and rebellion. Right now, she must exist on the fringes of power, wealth and glamor—she must remain invisible and unimportant. But her fortunes take an unexpected turn when she responds to a struggling songwriter’s advertisement for a ‘muse’ and finds herself thrust into London’s exhilarating theatre scene and into the lives of celebrated actress, Loretta May, and her brother, Perry. Loretta and Perry may have the life Dolly aspires to, but they too are searching for something. Now, at the precipice of the life she has and the one she longs for, the girl from The Savoy must make difficult choices: between two men; between two classes, between everything she knows and everything she dreams of. A brighter future is tantalizingly close—but can a girl like Dolly ever truly leave her past behind?
Kindle Price: £1.49
Click here to download this book. 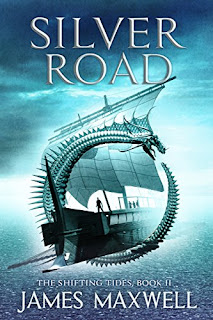 Silver Road
Chloe’s quest to escape the Oracle’s prophecy leads her to a magus with a secret: the eldren are not the only race to use magic in warfare. An ancient power is rediscovered, and a forgotten people will return. Meanwhile, cursed by his birth, Dion tries to forge a new life at sea, away from both the eldren and his former life in Xanthos, but the one thing he can’t leave behind is his heritage. Two kings on opposite sides of the ocean prepare for war. The clash of civilizations has only just begun.…
Kindle Price: £4.00
Click here to download this book. 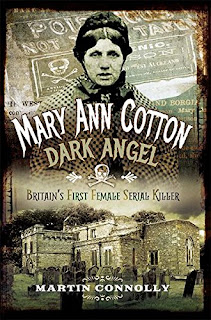 Mary Ann Cotton: The West Auckland Borgia
A female thief, with four husbands, a lover and, reportedly, over twelve children, is arrested and tried for the murder of her stepson in 1872, turning the small village of West Auckland in County Durham upside down. Other bodies are exhumed and when they are found to contain arsenic, she is suspected of their murder as well. The perpetrator, Mary Ann Cotton, was tried and found guilty and later hanged on 24 March 1873 in Durham Goal. It is claimed she murdered over twenty people and was the first female serial killer in England. With location photographs and a blow by blow account of the trial, this book challenges the claim that Mary Ann Cotton was the The West Auckland Borgia, a title given to her at the time. It sets out her life, trial, death and the aftermath and also questions the legal system used to convict her by looking at contemporary evidence from the time and offering another explanation for the deaths. The book also covers the lives of those left behind, including the daughter born to Mary Ann Cotton in Durham Goal."
Kindle Price: £0.99
Click here to download this book. 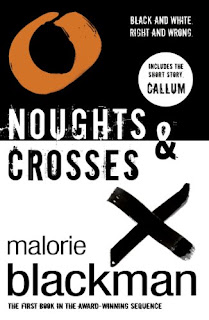 Noughts & Crosses
Two young people are forced to make a stand in this thought-provoking look at racism and prejudice in an alternate society. Sephy is a Cross -- a member of the dark-skinned ruling class. Callum is a Nought -- a “colourless” member of the underclass who were once slaves to the Crosses. The two have been friends since early childhood, but that’s as far as it can go. In their world, Noughts and Crosses simply don’t mix. Against a background of prejudice and distrust, intensely highlighted by violent terrorist activity, a romance builds between Sephy and Callum -- a romance that is to lead both of them into terrible danger. Can they possibly find a way to be together?
Kindle Price: £1.99
Click here to download this book. 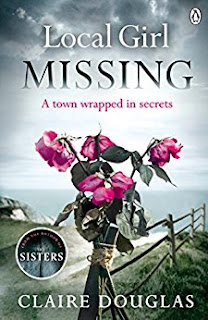 Local Girl Missing
The old Victorian pier was once a thing of beauty. It's also where twenty-one-year-old Sophie Collier vanished eighteen years ago. Francesca has spent the last twenty years haunted by the disappearance of her best friend. But when she receives a phone call from Sophie's brother saying that a body has been found, she knows she can't keep hiding from what happened. With her own secrets to keep, Francesca doesn't relish the idea of digging up the past or returning to Oldcliffe. But it is time to go back to where she grew up, and it looks like she isn't the only one there hiding truths.
Kindle Price: £1.99
Click here to download this book.
Posted by Joisel at 4:36 PM