A Terminal Agenda
When the only form of justice that counts is your own. DCI Nick Severance investigates murders, a rare occurrence in the City of London. When a man dies violently one morning, only yards from the police station, the motive eludes him. The victim had recently been in India, looking for an ancient tomb that could contain something priceless. Was that reason enough to kill him? What seems to be a crime motivated by money, becomes something far more sinister. As the chief suspects continue to elude Nick, another agenda reveals itself, one that will bring death and destruction on a far larger scale. And anyone who compromises that agenda will be eliminated. As events unfold and the stakes get higher, Nick must confront the prospect of losing everything he holds dear, and taking a course of action that will change his life in ways he never imagined.
Kindle Price: £0.00
Click here to download this book. 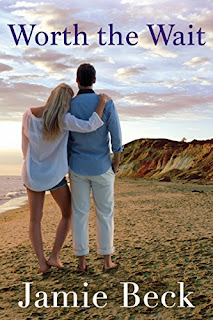 Worth the Wait
Thirteen years ago, Vivi LeBrun was sketching a rooster and eating Oreos when she first met—and fell for—her friend’s brother, David St. James. Since then, her love for David has only intensified thanks to years of friendship with his family, who rescued her from a lonely, tumultuous childhood. As she travels to Block Island to vacation with the St. James siblings, Vivi daydreams about reuniting with David, hoping he’ll finally see her as his soul mate. After his mother’s death, David distanced himself from his siblings, determined to hide a devastating family secret. Now, he’s brought a new girlfriend along to his homecoming—one who’s pushing for a serious commitment. The last thing he needs on his growing list of problems is his budding attraction to Vivi. With tensions running high, David’s behavior triggers a series of events that might cost him the love he’s always taken for granted and Vivi the only real family she’s ever known.
Kindle Price: £1.00
Click here to download this book. 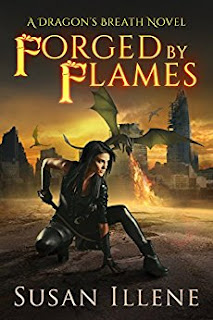 Forged by Flames
Ever since dragons invaded Earth, Bailey Monzac and other survivors have had to adjust to a new world order. But a new threat is emerging that could destroy everything they've been struggling to rebuild—for both man and beast. There's an artifact out there that can control dragons, and many would seek to possess it for dark purposes.  It's going to be up to Bailey, her dragon shape-shifter ally Aidan, and their friends to embark on a long and arduous quest to recover the relic before it falls into the wrong hands. Relationships within the group will be tested in incredible ways that could mean the difference between success and failure. For they must work together—forging the tightest bonds—if they wish to survive this journey.
Kindle Price: £3.49
Click here to download this book. Life Means Life
Among a U.K. prison population of close to 100,000, fewer than 40 men and women have been told they will end their days in a prison cell. Collected here are the stories of those most depraved killers whose crimes outraged society and demanded the harshest penalty available in British court. From men who crossed continents to slay youngsters to contract killers who relished their grizzly calling, the court cases of Britain’s lifers are covered in graphic and harrowing detail. Never-before-published information about these extraordinary offenders is provided, and interviews with police, lawyers, and the relatives of the victims and killers describe how the truth behind these awful crimes was pieced together. Gripping and alarming, these are the stories of the 37 killers deemed beyond redemption.
Kindle Price: £0.99
Click here to download this book. 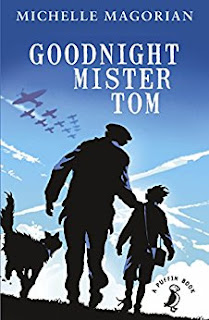 Goodnight Mister Tom
Young Willie Beech is evacuated to the country as Britain stands on the brink of the Second World War. A sad, deprived child, he slowly begins to flourish under the care of old Tom Oakley - but his new-found happiness is shattered by a summons from his mother back in London . . .
Kindle Price: £3.99
Click here to download this book. 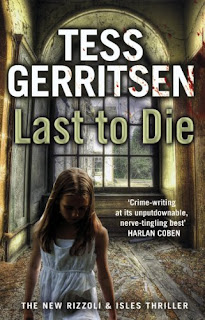 Last to Die
For the second time in his short life, Teddy Clock has survived a massacre. Two years ago, he barely escaped when his entire family was slaughtered. Now, at fourteen, in a hideous echo of the past, Teddy is the lone survivor of his foster family’s mass murder. Orphaned once more, the traumatized teenager has nowhere to turn—until the Boston PD puts detective Jane Rizzoli on the case. Determined to protect this young man, Jane discovers that what seemed like a coincidence is instead just one horrifying part of a relentless killer’s merciless mission.
Kindle Price: £3.99
Click here to download this book.
Posted by Joisel at 5:00 PM