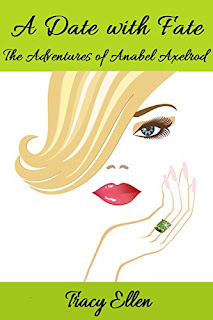 A Date with Fate
Smart and sexy bookstore owner Anabel Axelrod is happily satisfied with the routine of her life. She enjoys her work, the occasional company of good friends and family, and casual dates with men that are willing to follow her ironclad rules on dating. Not too tall, deliciously dark, and definitely not handsome, the mysterious Luke Drake is a new man in town. When they meet, Anabel realizes Luke is the same man that she saw briefly in her bookstore months ago. They had never actually spoken, but sparks flew and worlds collided when their eyes clashed across the room that day. It soon becomes apparent Luke has set his sights on Anabel, but he is no follower of rules and control is his middle name. Falling crazy in lust and sharing her darkest desires with an experienced man like Luke was definitely not in Anabel’s plans. She loves being single and will allow no man to control her, but Luke has persuasive ideas of his own. But Anabel’s intense desire for Luke Drake is not her only concern. The slutty wife of a friend has gone missing, an employee at her store is attacked by an abusive ex, and the man who broke her heart years ago returns to town. Anabel’s orderly life dissolves into chaos. In A Date with Fate, the question remains--will the sassy, blonde bookseller follow her own rules to stay single, or will she understand that life is never simple and a certain mesmerizing complication may be worth the risk, even if it kills her?
Kindle Price: £0.00
Click here to download this book. 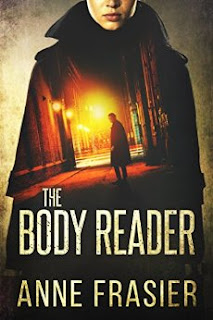 The Body Reader
For three years, Detective Jude Fontaine was kept from the outside world. Held in an underground cell, her only contact was with her sadistic captor, and reading his face was her entire existence. Learning his every line, every movement, and every flicker of thought is what kept her alive. After her experience with isolation and torture, she is left with a fierce desire for justice—and a heightened ability to interpret the body language of both the living and the dead. Despite colleagues’ doubts about her mental state, she resumes her role at Homicide. Her new partner, Detective Uriah Ashby, doesn’t trust her sanity, and he has a story of his own he’d rather keep hidden. But a killer is on the loose, murdering young women, so the detectives have no choice: they must work together to catch the madman before he strikes again. And no one knows madmen like Jude Fontaine.
Kindle Price: £0.99
Click here to download this book. 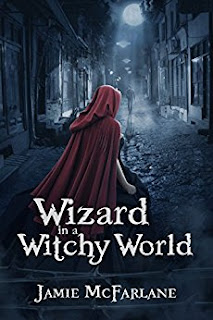 Wizard in a Witchy World
Modern day wizard Felix Slade knows better than to meddle in the lives of witches. But when a chance encounter with a beautiful witch, Gabriella, sparks a vision of her demise at the hand of a werewolf, he knows he must act. To make matters worse, his vision reveals feelings he has for this woman he's only seen from afar and in that moment his life is changed forever. Trouble has been brewing in sleepy Leotown, but explodes when Felix witnesses the gruesome murder of Gabriella’s coven leader and ends up number one on a short list of suspects. It's a poor start to their relationship when Gabriella and her coven sisters attack Felix while looking for answers. With her foot literally on his chest, Felix begins to doubt what he felt in his vision - that is - until the werewolves actually show up.
Kindle Price: £0.99
Click here to download this book. 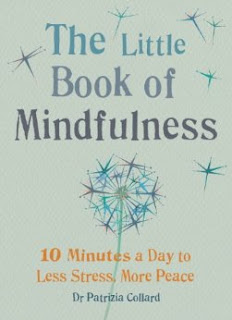 The Little Book of Mindfulness
Mindfulness is the easy way to gently let go of stress and be in the moment. It has fast become the slow way to manage the modern world - without chanting mantras or finding hours of special time to meditate. Bring these simple 5- and 10-minute practices into your day to find freedom from stress and ultimately, more peace in your life.
Kindle Price: £1.99
Click here to download this book. 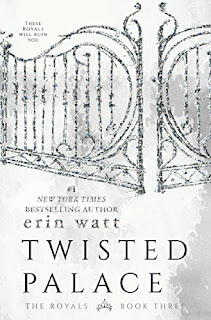 Twisted Palace
From mortal enemies to unexpected allies, two teenagers try to protect everything that matters most. Ella Harper has met every challenge that life has thrown her way. She’s tough, resilient, and willing to do whatever it takes to defend the people she loves, but the challenge of a long-lost father and a boyfriend whose life is on the line might be too much for even Ella to overcome. Reed Royal has a quick temper and even faster fists. But his tendency to meet every obstacle with violence has finally caught up with him. If he wants to save himself and the girl he loves, he’ll need to rise above his tortured past and tarnished reputation. No one believes Ella can survive the Royals. Everyone is sure Reed will destroy them all. They may be right. With everything and everyone conspiring to keep them apart, Ella and Reed must find a way to beat the law, save their families, and unravel all the secrets in their Twisted Palace.
Kindle Price: £3.99
Click here to download this book. 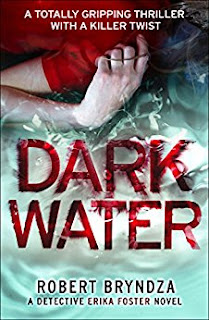 Dark Water
Beneath the water the body sank rapidly. She would lie still and undisturbed for many years but above her on dry land, the nightmare was just beginning. When Detective Erika Foster receives a tip-off that key evidence for a major narcotics case was stashed in a disused quarry on the outskirts of London, she orders for it to be searched. From the thick sludge the drugs are recovered, but so is the skeleton of a young child. The remains are quickly identified as seven-year-old Jessica Collins. The missing girl who made headline news twenty-six years ago. As Erika tries to piece together new evidence with the old, she must dig deeper and find out more about the fractured Collins family and the original detective, Amanda Baker. A woman plagued by her failure to find Jessica. Erika soon realises this is going to be one of the most complex and demanding cases she has ever taken on. Is the suspect someone close to home? Someone is keeping secrets. Someone who doesn’t want this case solved. And they’ll do anything to stop Erika from finding the truth.
Kindle Price: £1.99
Click here to download this book.
Posted by Joisel at 5:00 PM