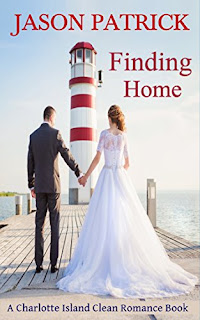 Finding Home
After a bitter divorce, Megan Sterling and her son Benji are starting a new life on Charlotte Island. Megan hopes that a new job, a new school, and the slower pace of life on the island will be exactly what she and her son need to heal and move on. Despite her difficult marriage, Megan desires to find love and build a new life on the idyllic island. Josh Reynolds moved to Charlotte Island to join the police force and begin a new life of his own. But when his girlfriend abruptly left him, his heartbreak raised a struggle with past troubles that now threaten to overtake him. When Megan runs into her former high school sweetheart Josh at a local coffee shop, it ignites an old flame. Josh’s fondness for Megan results in his own excitement at reconnecting with his past love. Can Megan and Josh find love again as adults? Does Josh have the strength to overcome his struggles, or will it destroy their second chance at love?
Kindle Price: £0.00
Click here to download this book. 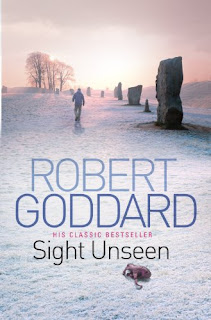 Sight Unseen
On a summer’s day in 1981, a two-year-old girl, Tamsin Hall, was abducted during a picnic at the famous prehistoric site of Avebury in Wiltshire. Her seven-year-old sister Miranda was knocked down and killed by the abductor’s van. The girls were in the care of their nanny, Sally Wilkinson. One of the witnesses to this tragic event was David Umber, a Ph.D student who was waiting at the village pub to keep an appointment with a man called Griffith who claimed he could help Umber with his researches into the letters of “Junius,” the pseudonymous eighteenth century polemicist who was his Ph.D subject. But Griffin failed to show up, and Umber never heard from him again. The two-year-old, Tamsin Hall, was never seen again either. The Hall family fell apart under the strain. Sally Wilkinson, the nanny, wound up living with Umber, whom she had met at the inquiry. But she never recovered from the incident, suffered increasingly from depression, and eventually committed suicide.
Kindle Price: £1.99
Click here to download this book. 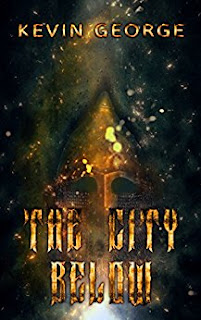 The City Below
The Great Blue Above… The White Nothingness… The Sky People… These only exist as whispered stories for those who live in the City Below, humanity’s final habitat located far beneath the snowy surface. Ruled by the ruthless Jonas family for generations, its citizens are fed lies by King Edmond, who controls the largest section of city and its army of guards. But the leaders of other sections begin to question the city’s history and King Edmond's divinity, and their children dream about escaping through the guarded tunnels to find out the truth...
Kindle Price: £3.70
Click here to download this book. 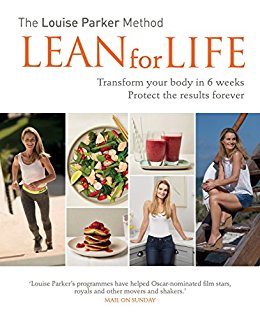 The Louise Parker Method: Lean for Life
It is not a diet - it is an inspiring, easy-to-follow programme for life, consisting of two phases:
TRANSFORM - taking the direct route to your best body
LIFESTYLE - protecting your results for life
The method is the best-kept secret of A-list celebrities, royals, global CEOs, entrepreneurs and London society - the quickest, most do-able approach of total body and lifestyle transformation. It contains over 80 effortless recipes to help you 'Eat Beautifully' and avoid being 'Organically Overweight'. Many of the recipes call for fewer than 8 ingredients and take just 8 minutes to prepare. For the first time, Louise shares her unique four-pronged approach to lasting success that has made her method the mecca for worldwide clients demanding the most intelligent, focused and practical solution to permanent weight loss and habit change. The book details four simple pillars that promise you can drop two dress sizes in six weeks without a chia seed in sight.
Kindle Price: £1.99
Click here to download this book. 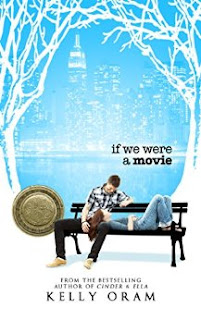 If We Were
NYU freshman Nate Anderson is a triplet who is desperate to escape his wild and crazy brothers. After they screw things up for him one too many times, Nate flees his housing situation and takes the first available room for rent as far from his brothers as he can get. Enter his new roommate Jordan--a quirky LA girl who believes that everything in life has already been done in the movies. In this heartfelt tale of love, friendship and family, Nate learns how to deal with his new adult life using Hollywood films as a guide.
Kindle Price: £3.99
Click here to download this book. 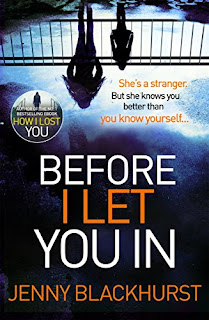 Before I Let You In
If you don't know who is walking through the door, how do you know if you should let them in? Karen is meant to be the one who fixes problems. It's her job, as a psychiatrist - and it's always been her role as a friend. But Jessica is different. She should be the patient, the one that Karen helps. But she knows things about Karen. Her friends, her personal life. Things no patient should know. And Karen is starting to wonder if she should have let her in . . .
Kindle Price: £0.99
Click here to download this book.
Posted by Joisel at 5:00 PM