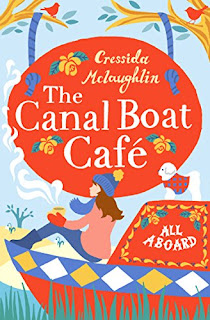 All Aboard
Summer Freeman returns to the waterside village of Willowbeck to help with the Canal Boat Café, which used to belong to her mother. Valerie, a fortune teller, has been running things, but the business is in a pickle. The coffee machine is jammed, the cake offerings are paltry, and not all of the locals want to see the café succeed. And then there’s the handsome wildlife photographer, Mason, from the boat next door, whose Border Terrier steals some bacon right under her nose. Her Bischon Frise, Latte, loves their boating neighbours, but Summer is less sure. As her old life and the community of Willowbeck begin to entwine, Summer finds herself setting sail on a new adventure but will she find herself navigating choppy waters instead?
Kindle Price: £0.00
Click here to download this book. 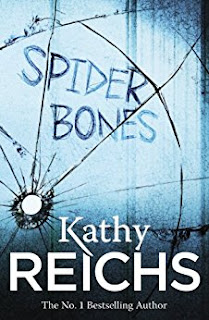 Spider Bones
John Lowery was declared dead in 1968—the victim of a Huey crash in Vietnam, his body buried long ago in North Carolina. Four decades later, Temperance Brennan is called to the scene of a drowning in Hemmingford, Quebec. The victim appears to have died while in the midst of a bizarre sexual practice. The corpse is later identified as John Lowery. But how could Lowery have died twice, and how did an American soldier end up in Canada? Tempe sets off for the answer, exhuming Lowery’s grave in North Carolina and taking the remains to Hawaii for reanalysis—to the headquarters of JPAC, the U.S. military’s Joint POW/ MIA Accounting Command, which strives to recover Americans who have died in past conflicts. In Hawaii, Tempe is joined by her colleague and ex-lover Detective Andrew Ryan (how “ex” is he?) and by her daughter, who is recovering from her own tragic loss. Soon another set of remains is located, with Lowery’s dog tags tangled among them. Three bodies—all identified as Lowery. And then Tempe is contacted by Hadley Perry, Honolulu’s flamboyant medical examiner, who needs help identifying the remains of an adolescent boy found offshore. Was he the victim of a shark attack? Or something much more sinister?
Kindle Price: £1.99
Click here to download this book. 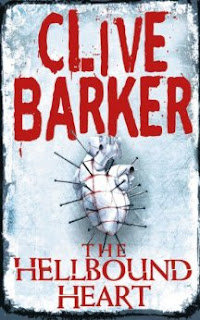 The Hellbound Heart
In a quiet house on a quiet street Frank and Julia are having an affair. Not your ordinary affair. For Frank it began with his own insatiable sexual appetite, a mysterious lacquered box- and then an unhinged voyage through a netherworld of imaginable pleasures and unimaginable horror… Now Frank- or what is left of Frank -waits in an empty room. All he wants is to live as he was before. All Julia can do is bring him her unfulfilled passions…and a little flesh and blood…
Kindle Price: £0.99
Click here to download this book. 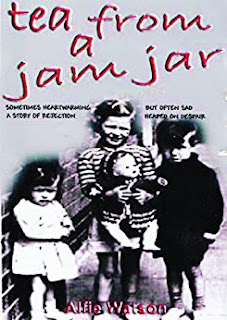 Tea From A Jam Jar
"He is not a film star or a profesional sportsman or anyone else in the public eye. He is just good old “Mr average” but you'll find that he does have an extremely interesting story to tell.This is about Alfie Watson and his coming of age story of life on a feral sink estate in the heart of 1950's England. It's a story that began as a diary to pass to his grandchildren and became a beautifully written account of his tormented life. The reader will be taken back in time to a period of post war deprivation that would scar Alfie for life. A disciplinarian father and a depraved mother meant that chastisement was always a tactile experience.
Kindle Price: £2.30
Click here to download this book. 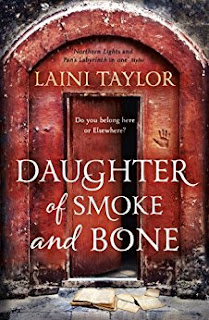 Daughter of Smoke and Bone
Around the world, black hand prints are appearing on doorways, scorched there by winged strangers who have crept through a slit in the sky. In a dark and dusty shop, a devil’s supply of human teeth grows dangerously low. And in the tangled lanes of Prague, a young art student is about to be caught up in a brutal otherworldly war. Meet Karou. She fills her sketchbooks with monsters that may or may not be real, she’s prone to disappearing on mysterious "errands", she speaks many languages - not all of them human - and her bright blue hair actually grows out of her head that color. Who is she? That is the question that haunts her, and she’s about to find out. When beautiful, haunted Akiva fixes fiery eyes on her in an alley in Marrakesh, the result is blood and starlight, secrets unveiled, and a star-crossed love whose roots drink deep of a violent past. But will Karou live to regret learning the truth about herself?
Kindle Price: £4.99
Click here to download this book. 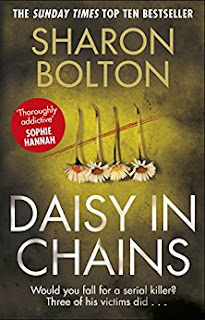 Daisy in Chains
Famous killers have fan clubs. Hamish Wolfe is no different. Locked up for the rest of his life for the abduction and murder of three young women, he gets countless adoring letters every day. He's handsome, charismatic and very persuasive. His admirers are convinced he's innocent, and that he's the man of their dreams. Who would join such a club? Maggie Rose is different. Reclusive and enigmatic; a successful lawyer and bestselling true-crime writer, she only takes on cases that she can win. Hamish wants her as his lawyer, he wants her to change his fate. She thinks she's immune to the charms of a man like this. But maybe not this time . . . Would you?
Kindle Price: £1.99
Click here to download this book.
Posted by Joisel at 5:00 PM