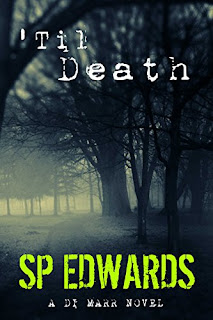 'Til Death
Today is Anna Markham’s wedding day. But her body has just been found, dumped in the grounds of the very house in which she was supposed to tie the knot. It’s down to DI Steven Marr – a man playing fast and loose with his own marriage – to find out who murdered her. And there’s no telling how far the killer will go to protect themselves…
Kindle Price: £0.00
Click here to download this book. 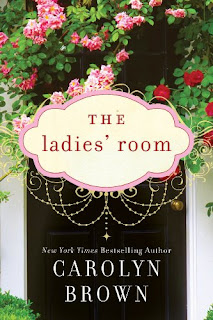 The Ladies' Room
Secrets told in the church ladies' room are supposed to stay in the ladies' room. But that doesn't mean that what Trudy overhears there during her great-aunt Gertrude's funeral won't change the rest of her life. Trudy has a daughter in the middle of a major rebellion; a two-timing husband who has been cheating for their entire married life; and a mother with Alzheimer's residing in the local nursing home. She doesn't really need a crumbling old house about to fall into nothing but a pile of memories and broken knickknacks. Billy Lee Tucker, resident oddball in Tishomingo, Oklahoma, lived next door to Gert, and in her will she leaves him the funds to help Trudy remodel the old house. That's fine with Billy Lee, because he's been in love with Trudy since before they started school. And just spending time with her is something he'd never ever allowed himself to dream about. A beautiful home rises up from the old house on Broadway, and right along with it rises up a relationship. But is Trudy too scarred from what she heard in the ladies' room to see a lovely future with Billy Lee?
Kindle Price: £0.99
Click here to download this book. 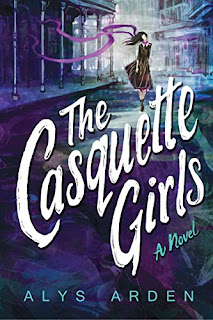 The Casquette Girls
After the storm of the century rips apart New Orleans, sixteen-year-old Adele Le Moyne wants nothing more than her now silent city to return to normal. But with home resembling a war zone, a parish-wide curfew, and mysterious new faces lurking in the abandoned French Quarter, normal needs a new definition. As the city murder rate soars, Adele finds herself tangled in a web of magic that weaves back to her own ancestors. Caught in a hurricane of myths and monsters, who can she trust when everyone has a secret and keeping them can mean life or death? Unless . . . you’re immortal.
Kindle Price: £0.99
Click here to download this book. 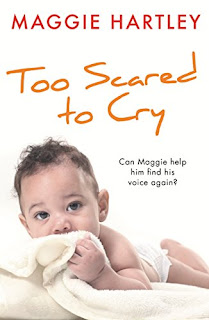 Too Scared to Cry
Brothers Ben and Damien are shockingly quiet when they arrive on Maggie's doorstep. They don't shout or play like normal three and four year olds. They hardly dare make a sound, so much have they been conditioned to be 'seen and not heard' by their mother and controlling stepfather. More disturbingly, their little baby half-brother Noah is completely unresponsive. He doesn't play, he doesn't smile, he doesn't crawl - he doesn't even cry. In a state of blankness brought about by emotional neglect, poor baby Noah is disconnected from the world. Maggie has never seen such a young life so affected before.Yet with time, love and care, Maggie gradually unpicks what has caused this terrible void. She teaches the children to play and laugh and to not be afraid to make noise. We see Ben, Damien and Noah take steps towards a positive future and their journey reaches a happy conclusion when they are adopted by a loving family. With love and affection, they are no longer scared to be themselves. They are free to make their voices heard.
Kindle Price: £0.99
Click here to download this book. 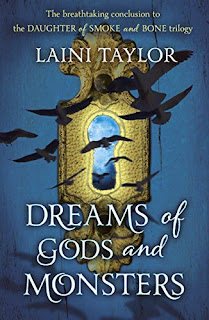 Dreams of Gods and Monsters
By way of a staggering deception, Karou has taken control of the chimaera rebellion and is intent on steering its course away from dead-end vengeance. The future rests on her, if there can even be a future for the chimaera in war-ravaged Eretz.
Kindle Price: £0.99
Click here to download this book. 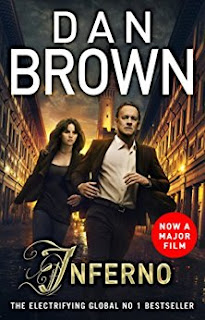 Inferno
In the heart of Italy, Harvard professor of symbology Robert Langdon is drawn into a harrowing world centered on one of history’s most enduring and mysterious literary masterpieces . . . Dante’s Inferno. Against this backdrop, Langdon battles a chilling adversary and grapples with an ingenious riddle that pulls him into a landscape of classic art, secret passageways, and futuristic science. Drawing from Dante’s dark epic poem, Langdon races to find answers and decide whom to trust . . . before the world is irrevocably altered.
Kindle Price: £4.99
Click here to download this book.