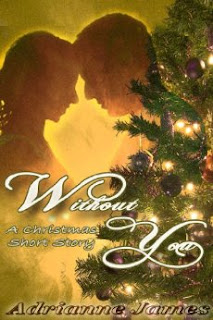 Without You
Logan has a serious decision to make. Does he follow his head and leave the girl who only follows her heart behind, or does he leave the only life he knows to follow his heart back into her arms?
Kindle Price: £0.00
Click here to download this book. 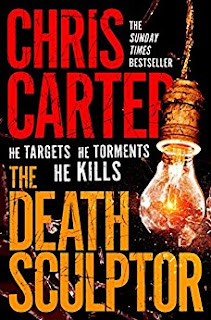 The Death Sculptor
A student nurse has the shock of her life when she discovers her patient, prosecutor Derek Nicholson, brutally murdered in his bed. The act seems senseless - Nicholson was terminally ill with only weeks to live. But what most shocks Detective Robert Hunter of the Los Angeles Robbery Homicide Division is the calling card the killer left behind. For Hunter, there is no doubt that the killer is trying to communicate with the police, but the method is unlike anything he's ever seen before. And what could the hidden message be? Just as Hunter and his partner Garcia reckon they've found a lead, a new body is found - and a new calling card. But with no apparent link between the first and second victims, all the progress they've made so far goes out of the window. Pushed into an uncomfortable alliance with the confident Alice Beaumont, Hunter must race to put together the pieces of the investigation ...before the Death Sculptor puts the final touches to his masterpiece.
Kindle Price: £0.99
Click here to download this book. The Unmaking Engine
An experiment that began 2.8 billion years ago is about to end…Seb Varden is starting to get used to life as a World Walker. With a body full of alien nanotechnology, the ability to travel anywhere instantly and - most surprising of all - a steady relationship with Meera Patel, things are finally looking up. Until Seb has his first blackout, starts meeting aliens and discovers a plan that threatens the entire human race. And, of course, Mason, the most dangerous Manna user, picks this particular moment to come after him and Meera. Scariest of all, Seb is learning his transformation into a World Walker is far from complete…
Kindle Price: £1.99
Click here to download this book. 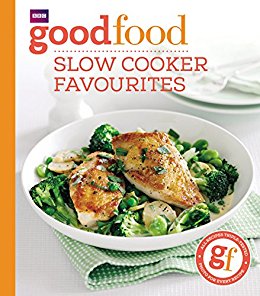 Good Food: Slow cooker Favourites
For those of us with busy lifestyles and little time to spare, slow cookers are a priceless helping hand in the kitchen—with as little as 10 minutes spent preparing a dish at the beginning of the day, you can enjoy delicious food a few hours later without slaving away at a hot stove. That's why the trusted experts at Good Food magazine, the UK's best-selling cookery magazine, have put together this essential guide to making the most of your slow cooker. With recipes for comfort food favorites like curries, chillis, soups, and puddings, through to fresh ideas for meaty stews, braised fish, and melt-in-the-mouth vegetarian meals, there is a slow-cooked meal to suit every taste and occasion. Accompanied throughout with full-color photographs and a nutritional breakdown of every recipe, this collection of Good Food's favorite triple-tested slow cooker recipes will work first time, every time. A blend of timeless classics, clever twists and irresistible flavors, this book is packed with recipe ideas for a whole host of mouth-watering treats.
Kindle Price: £3.49
Click here to download this book. 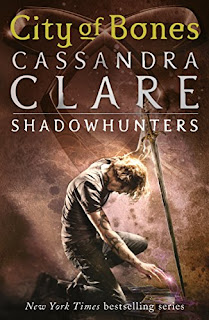 City of Bones
When fifteen-year-old Clary Fray heads out to the Pandemonium Club in New York City, she hardly expects to witness a murder― much less a murder committed by three teenagers covered with strange tattoos and brandishing bizarre weapons. Then the body disappears into thin air. It's hard to call the police when the murderers are invisible to everyone else and when there is nothing―not even a smear of blood―to show that a boy has died. Or was he a boy?
Kindle Price: £3.66
Click here to download this book. 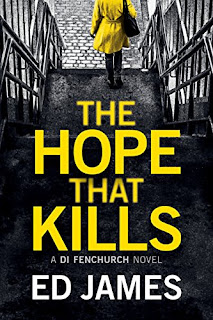 The Hope That Kills
The body of a young woman is found on the streets of East London, in the shadow of the City’s gleaming towers. No ID on her, just hard-earned cash. But there is no doubting the ferocity of the attack. DI Simon Fenchurch takes charge but, as his team tries to identify her and piece together her murder, they’re faced with cruel indifference at every turn—nobody cares about yet another dead prostitute. To Fenchurch, however, she could just as easily be Chloe, his daughter still missing after ten years, whose memory still haunts his days and nights, his burning obsession having killed his marriage. When a second body is discovered, Fenchurch must peel back the grimy layers shrouding the London sex trade, confronting his own traumatic past while racing to undo a scheme larger, more complex and more evil than anything he could possibly have imagined.
Kindle Price: £3.98
Click here to download this book.
Posted by Joisel at 5:46 PM