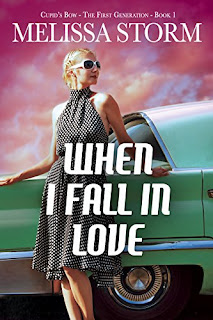 When I Fall in Love
James Morgan never really believed in love. That is, until he laid eyes on Deborah Walker at the local soda fountain. He surprises himself by inviting her out for an impromptu night on the town, and she shocks him even more by agreeing. As the night progresses, the two share their past histories and secret dreams, and James realizes that she is the perfect woman for him. The only problem is that he ships off to Korea the next morning. Fulfilling his duty is non-negotiable to James, even if fighting for his country will ultimately break both of their hearts. Deborah promises to wait for him, but two years is a long time to put her life on hold, especially for a man she only knew for one day. When Rip Rockwell returns from the war and James does not, Rip proposes marriage to Deborah. She agrees and they build a beautiful life together until his death fifty years later. Through it all, though, she can never quite forget her first love. She retires to Abeline, expecting to live out the rest of her days in peace. So imagine her surprise when James Morgan moves in next door…
Kindle Price: £0.00
Click here to download this book. 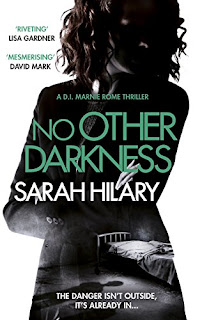 No Other Darkness
Two young boys. Trapped underground in a bunker. Unable to understand why they are there. Desperate for someone to find them. Slowly realising that no-one will...Five years later, the boys' bodies are found and the most difficult case of DI Marnie Rome's career begins. Her only focus is the boys. She has to find out who they are and what happened to them. For Marnie, there is no other darkness than this...
Kindle Price: £0.99
Click here to download this book. 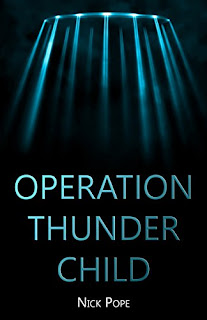 Operation Thunder Child
In this science fiction techno-thriller, former Ministry of Defence employee Nick Pope blends what he knows about political decision-making and warfighting with knowledge and experience gained on the British Government's UFO project. The result is an alien invasion novel packed with insights into real-world military strategy, tactics and hardware, making for a terrifyingly real account. The tagline for this controversial book was "The truth can only be told in fiction", and this led to much speculation in the UFO and conspiracy theory community, especially when it emerged that the manuscript of Operation Thunder Child had gone through the government’s security clearance procedure.
Kindle Price: £3.99
Click here to download this book. 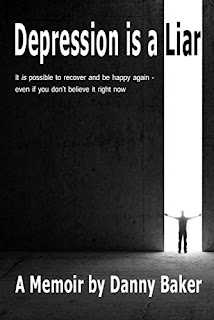 Depression is a Liar
Depression is living in a body that fights to survive . . . with a mind that tries to die. Depression is fear, despair, emptiness, numbness, shame, embarrassment and the inability to recognise the fun, happy person you used to be. Depression is the incapacity to construct or envision a future. Depression is losing the desire to partake in life.  Depression can cause you to feel completely alone – even when you’re surrounded by people. Worst of all, depression can convince you that there’s no way out. It can convince you that your pain is eternal, and destined to oppress you for the rest of your days. And it's when you're in that horrifically black place, staring down the barrel of what you truly believe can only be a lifetime of wretched agony, that your thoughts turn to suicide – because depression has convinced you that it’s the only way out. But depression is a liar. Recovery IS possible – and I can prove it to you.
Kindle Price: £1.99
Click here to download this book. 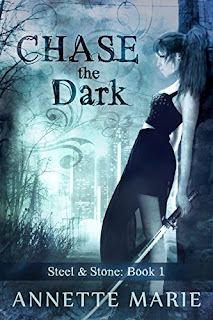 Chase the Dark
Piper Griffiths wants one thing in life: To become a Consul, a keeper of the peace between humans and daemons. There are three obstacles in her way. The first is Lyre. Incubus. Hotter than hell and with a wicked streak to match. His greatest mission in life is to get Piper into bed and otherwise annoy the crap out of her. The second is Ash. Draconian. Powerful. Dangerous. He knows too much and reveals nothing. Also, disturbingly attractive — and scary. Did she mention scary? The third is the Sahar Stone. Top secret magical weapon of mass destruction. Previously hidden in her Consulate until thieves broke in, went on a murder spree, and disappeared with the weapon. And they left Piper to take the fall for their crimes. Now she’s on the run, her dreams of becoming a Consul shattered and every daemon in the city gunning to kill her. She’s dead on her own, but there’s no one she can trust — no one except two entirely untrustworthy daemons ... See problems one and two.
Kindle Price: £2.98
Click here to download this book.
Posted by Joisel at 5:00 PM