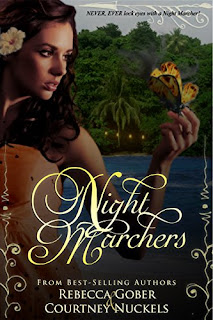 Night Marchers
NEVER, EVER lock eyes with a Night Marcher! Everyone in Hawaii has heard this warning, except for seventeen-year-old Emma Townsend that is. For most Hawaiians know that looking into the eyes of Night Marcher can strike a curse that will end in death or eternal servitude. Even though her father, who is a paranormal investigator, solely raised Emma, she has little experience in the realm of the supernatural. When she is forced to move with her father to Hawaii, only months before her graduation, Emma finds that her world as she knows it, is shaken when she starts seeing the unexplainable: fire balls in the distance, beating drums in the middle of nowhere and strangers who vanish into thin air. Then one day when she has a run in with a procession of Night Marchers, ancient Hawaiian spirits wandering from their burial grounds to their locations of battles past, Emma has no choice but to believe that the unbelievable does exist. Now Emma must go on the run with the help of a mysterious stranger, as they seek out how to free Emma from the curse of a Night Marcher, who will stop at nothing to get her soul.
Kindle Price: £0.00
Click here to download this book. 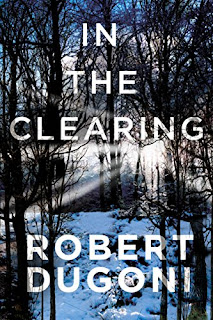 In the Clearing
Detective Tracy Crosswhite has a skill, and a soft spot, for tackling unsolved crimes. Having lost her own sister to murder at a young age, Tracy has dedicated her career to bringing justice and closure to the families and friends of victims of crime.So when Jenny, a former police academy classmate and protégé, asks Tracy to help solve a cold case that involves the suspicious suicide of a Native American high school girl forty years earlier, Tracy agrees. Following up on evidence Jenny’s detective father collected when he was the investigating deputy, Tracy probes one small town’s memory and finds dark, well-concealed secrets hidden within the community’s fabric. Can Tracy uphold the promise she’s made to the dead girl’s family and deliver the truth of what happened to their daughter? Or will she become the next victim?
Kindle Price: £0.99
Click here to download this book. 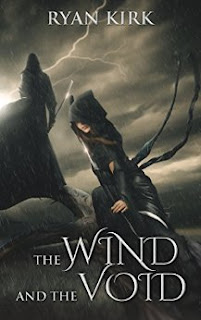 The Wind and the Void
The invasion is here. Already decimated by civil war, the armies of the Three Kingdoms struggle desperately to mount a defense against a force stronger than any they have fought before. In the midst of the chaos the actions and choices of a select few will shape the future of the land. Akira prepares to give up his Lordship. Ryuu wanders the Southern Kingdom, searching for a reason to fight. Moriko sits quietly, biding her time before she leaves the Three Kingdoms for good. Finally, across the Three Sisters, Nameless fight to keep his fragile alliance of clans together. A new age is dawning in the Three Kingdoms. An age born in blood and sacrifice. An age shaped by the wind and the void. . .
Kindle Price: £2.82
Click here to download this book. 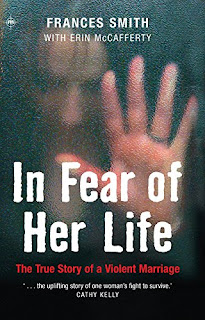 In Fear of Her Life: The true story of a violent marriage
"In Fear of Her Life" is the true story of domestic violence. It narrates in the first person, how a relationship can turn so sour. Frances Smith is a pseudonym for a woman who lived in fear of her life for 22 years. Married at 16 to a criminal, she endured years of relentless mental and physical torture until she found the strength to fight back. This is her courageous story told with brutal honesty and, at times, humour. It chronicles her descent to the brink of suicide and consequent rebuilding of her life. This unique account is essential reading for all those who have ever endured cruelty at the hands of a man, or another human being for that matter.
Kindle Price: £0.99
Click here to download this book. 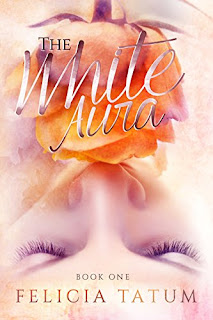 The White Aura
If he meets her, she will die. Twenty year old sorcerer and college student Scott Tabors knew he’d found his heart mate the moment he saw seventeen year old Olivia Whitehead outside of a coffee shop. He longs for her, he wants her, and he knows she will be his. But due to a curse on his family, he can’t meet her. Not yet. So for now, he visits her in her dreams, where he can tell her everything but his name. Olivia Whitehead and her best friend Juniper are enjoying their junior year and are as close as sisters. But Olivia can’t tell anyone about the strange changes she’s experiencing, beginning with steamy dreams featuring a mysterious dark haired young man. But what will happen when the school heartthrob starts showing interest? Will she wait around for her dream man, or will she move on? Then, when Olivia’s life is put in danger by a new threat, Scott must find a way to save her – without condemning her to an early death.
Kindle Price: £0.99
Click here to download this book. 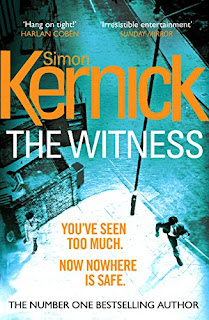 The Witness
ONE WITNESS
You’re on a trip with your family, miles from anywhere. A shot rings out – and your whole life changes in an instant.
ONE SECRET
A woman is racing towards you, chased by three gunmen. Although you don’t know it, she harbours a deadly secret. She’s in terrible danger. And now you are too.
NO ESCAPE
You’re running, terrified, desperate to find safety. You know that the men hunting you have killed before. And if they catch you, you’ll be next …
Kindle Price: £1.99
Click here to download this book.
Posted by Joisel at 5:00 PM