Invisible
The only thing Ellen Thomas has to do to stay alive is stay Invisible! Since the night a man died at her feet trying to protect Ellen and her father from a London gangster, Ellen has been on the run. In an attempt to stop herself being discovered, she’s done everything to blend in with the wallpaper. She’s moved halfway across the country, dyed her hair, and given up everything and everyone she knew and loved, just to stay alive! But is it enough?
Kindle Price: £0.00
Click here to download this book. 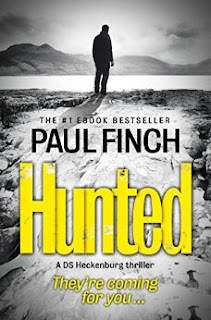 Hunted
Across the south of England, a series of bizarre but fatal accidents are taking place. So when a local businessman survives a near-drowning but is found burnt alive in his car just weeks later, DS Mark ‘Heck’ Heckenburg is brought in to investigate. Soon it appears that other recent deaths might be linked: two thieves that were bitten to death by poisonous spiders, and a driver impaled through the chest with scaffolding. Accidents do happen but as the body count rises it’s clear that something far more sinister is at play, and it’s coming for Heck too…
Kindle Price: £0.99
Click here to download this book. 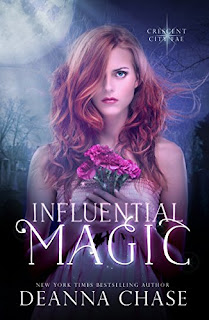 Influential Magic
It’s tough being a faery in New Orleans, a city fraught with vampires… especially when their very existence drains your life-force. Willow Rhoswen, owner of The Fated Cupcake and part-time vampire hunter for the Void is having a rough week. Four years after her twin brother’s mysterious death, Willow’s life is threatened and the director saddles her with a new partner—her ex-boyfriend, David. To her horror, he’s turned vamp, which causes her physical pain whenever she touches him… and any other specimen of the undead. In order to save Willow’s life, David agrees to turn double agent against the most powerful vampire organization in New Orleans. Or so he says. And she’s convinced they know something about her brother’s death. Unsure where David’s loyalties lie, she turns to Talisen, her childhood crush, to help her solve the mystery. Caught between two gorgeous men and a director who’ll stop at nothing to control Willow’s gifts, she’ll have to follow her instincts and learn who to trust. Otherwise, she risks losing more than just her life.
Kindle Price: £2.99
Click here to download this book. 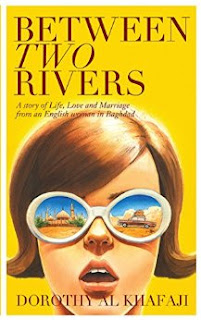 Between Two Rivers
An honest, funny, and moving memoir of a young woman from England transplanted into another culture by love, Between Two Rivers details the experience of vibrant 1960s Baghdad life and the city’s complex social customs, pre-Saddam. When Dorothy set off on a night out with her sister, she never dreamed it would lead to a car journey to Baghdad; but that night she met a dark, mysterious stranger—an Iraqi student named Zane—and almost before she knew it they were married and driving to Baghdad in a borrowed car with their baby daughter. They moved into a house in the suburbs with Zane’s family, throwing Dorothy into the maelstrom of Iraqi culture: letters could take weeks to arrive, there were no mobile phones or computers, and there was no direct dial facility to the UK—she might as well have been living on the moon.
Kindle Price: £0.99
Click here to download this book. 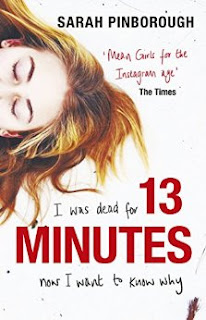 13 Minutes
"I was dead for 13 minutes. I don't remember how I ended up in the icy water but I do know this - it wasn't an accident and I wasn't suicidal. They say you should keep your friends close and your enemies closer, but when you're a teenage girl, it's hard to tell them apart. My friends love me, I'm sure of it. But that doesn't mean they didn't try to kill me. Does it?"
Kindle Price: £2.99
Click here to download this book.
Posted by Joisel at 5:00 PM