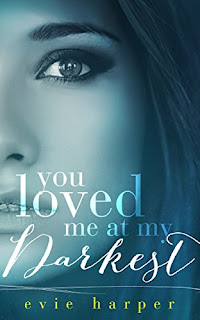 You Loved Me At My Darkest
Blood is thicker than water…Having endured more than their share of tragedy, sisters Lily and Sasha embark on a dream holiday—only to find themselves in hell. Kidnapped by a rich madman, Sasha is sold into slavery, while Lily is forced to join The Collection, a unique bevy of exotic beauties enduring frequent horrors at the hands of elite bidders. However, no amount of pain and suffering will break Lily, who will stop at nothing to save her younger sister. Possibly with help from an unlikely ally.Love is stronger than loyalty…Attempting to prove his allegiance to his employer, Jake is tasked with guarding the unruly and uncontrollable Lily. He can’t afford to help her in her quest to free Sasha—not if he hopes to fulfill his own agenda. But in their dark, gritty, tension-filled world, solace is taken wherever it’s found. Bonds are formed and hearts engage despite Jake’s resistance and both their attempts at self-preservation.
Kindle Price: £0.00
Click here to download this book. 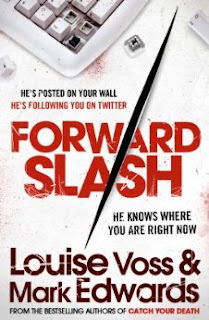 Forward Slash
When Amy receives an email from her older sister, Becky, announcing that she's off travelling and "don't try to find me", she is worried. Becky would never do such a thing on a whim. Amy – who is recovering from an abusive relationship that has left her terrified of love – soon finds that Becky had started using online dating sites. Aided by Becky's neighbour, Gary, Amy sets about tracking down the men her sister had dated, following a trail that leads her into the darkly seductive world of internet hook-ups. But Amy is unaware that a sadistic killer is watching – a killer who’s been using the internet to stalk, torture and kill. Now he’s got something very special planned for Amy and she is about to find out that romance really is dead.
Kindle Price: £1.49
Click here to download this book. 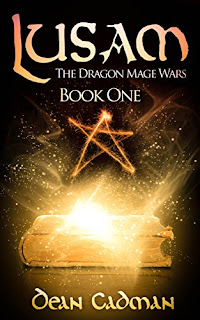 Lusam: The Dragon Mage Wars Book One
Lusam grew up in the relative safety of the Elveen mountains with his grandmother. She taught him the basics of magic, and discovered quite by accident, that he possessed a unique skill never seen before, the ability to hide his magical aura from the mage-sight of others. Dark secrets surround Lusam's origins, and the dark agents of the Empire will stop at nothing to kill Lusam. But before Lusam could be taught all he needed to know about his past, his grandmother unexpectedly dies of a fever, and Lusam finds himself homeless on the unforgiving streets of Helveel. Unbeknown to Lusam, the only thing keeping him alive is a promise he made to his grandmother, to always hide his aura, no matter what. Lusam meets and befriends a young thief fleeing her old city of Stelgad, before making a magical discovery that will change both their lives forever, and possibly the fate of the entire world.
Kindle Price: £0.99
Click here to download this book. 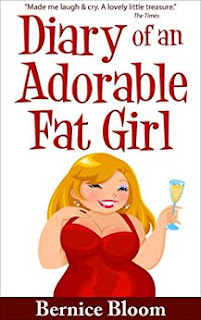 Diary of an Adorable Fat Girl: A gorgeous, big, new comedy heroine
Mary Brown is funny, gorgeous and bonkers. She's also about six stone overweight. When she realises she can't cross her legs, has trouble bending over to tie her shoelaces without wheezing like an elderly chain-smoker, and discovers that even her hands and feet look fat, it's time to take action. But what action? She's tried every diet under the sun. This six-book series is the hysterical story of what happens when Mary joins 'Fat Club' where she meets a cast of funny characters and one particular man who catches her eye. The story is laugh-out-loud funny and will resonate with anyone who has dieted, tried to keep up with any sort of exercise programme or spent 10 minutes in a changing room trying to extricate herself from a way too-small garment that she ambitiously tried on and is now completely stuck in.
Kindle Price: £0.99
Click here to download this book. 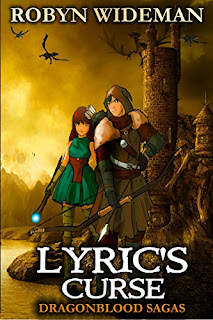 Lyric's Curse
When a young crippled orphan finds himself caught on the wrong side of town by a group of highborn youths, his life is forever changed. Left for dead after a vicious attack, Lyric finds himself in the care of a witch. One who knows more about him than he does. With the old witch's help, Lyric will learn his true place in life, one far more interesting and dangerous than his old life as a street rat. Lyric will meet two young women who play intricate roles in deciding his future, will it be love or destiny? All the while a dark shadow is crossing the land ... Dragons have returned.
Kindle Price: £3.05
Click here to download this book.
Posted by Joisel at 5:00 PM