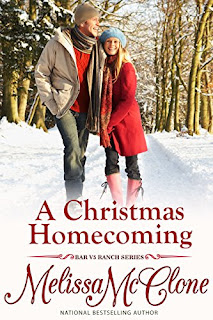 A Christmas Homecoming
A kiss is just a kiss… Unless it’s under the mistletoe. Ellie Smith is determined to make up for Christmases past by spreading holiday cheer throughout the Bar V5 dude ranch, but tech “bah, humbug” billionaire, Josiah Whittaker, refuses to bask in the spirit of the season. Unwilling to let the geek-to-gorgeous Josiah win, Ellie plans to give him a Christmas he’ll never forget. But after a simple kiss under the mistletoe, Ellie and Josiah both start questioning everything. Can Christmas really bring the gift neither one of them were expecting: true love?
Kindle Price: £0.00
Click here to download this book. 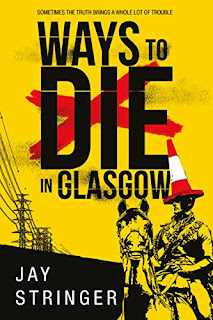 Ways to Die in Glasgow
A violent drunk with a broken heart, Mackie looks for love in all the wrong places. When two hit men catch him with his pants down, he barely makes it out alive. Worse still, his ex-gangster uncle, Rab, has vanished, leaving him an empty house and a dead dog. Reluctant PI Sam Ireland is hired by hotshot lawyers to track Rab but is getting nothing except blank stares and slammed doors. As she scours the dive bars, the dregs of Glasgow start to take notice. DI Andy Lambert is a cop in the middle of an endless shift. A body washes up, and the city seems to shiver in fear; looks like it’s up to Lambert to clean up after the lowlifes again. As a rampaging Mackie hunts his uncle, the scum of the city come out to play. And they play dirty. It seems that everyone has either a dark secret or a death wish. In Mackie’s case, it might just be both.
Kindle Price: £0.99
Click here to download this book. 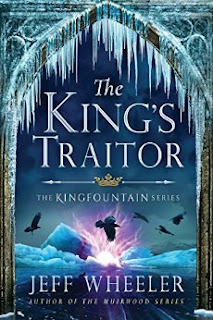 The King's Traitor
Against all odds, Owen Kiskaddon grew from frightened boy to confident youth to trusted officer in the court of Kingfountain—and watched its regent, Severn Argentine, grow ever more ruthless and power-mad. Robbed of his beloved protector, his noble mentor, and his true love, Owen has anticipated the day when the king he fears and reviles, yet loyally serves, will be toppled. Now, as Severn plots a campaign of conquest, the time has come to take action…and Owen’s destiny demands that he lead the strike. Ordered to incite war with a neighboring kingdom, Owen discovers its beautiful, reclusive ruler, whose powerful magic might even exceed his own. Together they mount a daring plot to overthrow the corrupt monarch, crown the rightful heir, and defeat the prophesied curse threatening Kingfountain with wintry death. But Severn’s evil is as bottomless as the fabled Deep Fathoms. To keep his ill-gotten throne, he’ll gladly spill the blood of enemies and innocents alike.
Kindle Price: £3.98
Click here to download this book. 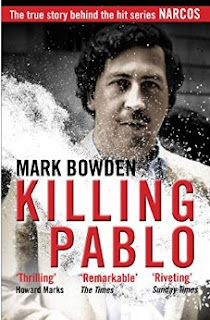 Killing Pablo: The True Story Behind the Hit Series 'Narcos'
A tour de force of investigative journalism-this is the story of the violent rise and fall of Pablo Escobar, the head of the Colombian Medellin cocaine cartel. Escobar's criminal empire held a nation of thirty million hostage in a reign of terror that would only end with his death. In an intense, up-close account, award-winning journalist Mark Bowden exposes details never before revealed about the U.S.-led covert sixteen-month manhunt. With unprecedented access to important players—including Colombian president Cisar Gaviria and the incorruptible head of the special police unit that pursued Escobar, Colonel Hugo Martinez-as well as top-secret documents and transcripts of Escobar's intercepted phone conversations, Bowden has produced a gripping narrative that is a stark portrayal of rough justice in the real world.
Kindle Price: £3.80
Click here to download this book. 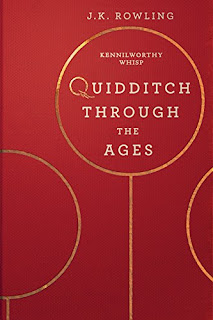 Quidditch Through the Ages
Did you know that: there are 700 ways of committing a foul in Quidditch? The game first began to evolve on Queerditch Marsh - What Bumphing is? That Puddlemere United is oldest team in the Britain and Ireland league (founded 1163). All this information and much more could be yours once you have read this book: this is all you could ever need to know about the history, the rules - and the breaking of the rules - of the noble wizarding sport of Quidditch.
Kindle Price: £2.99
Click here to download this book.
Posted by Joisel at 8:26 PM