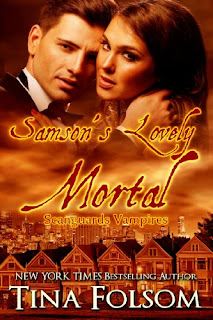 Samson's Lovely Mortal
Vampire bachelor Samson can't get it up anymore. Not even his shrink can help him. That changes when the lovely mortal auditor Delilah tumbles into his arms after a seemingly random attack. Suddenly there's nothing wrong with his hydraulics - that is, as long as Delilah is the woman in his arms. His scruples about taking Delilah to bed vanish when his shrink suggests it's the only way to cure his problem. Thinking all he needs is one night with her, Samson indulges in a night of pleasure and passion. However, another attack on Delilah and a dead body later, and Samson has his hands full: not only with trying to hide the fact he's a vampire, but also with finding out what secrets Delilah harbors for somebody to want her harm.
Kindle Price: £0.00
Click here to download this book. 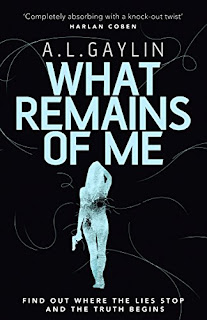 What Remains of Me
June 1980: 17-year-old Kelly Lund is jailed for killing Hollywood film director, John McFadden. Thirty years later, Kelly is a free woman. Yet speculation still swirls over what really happened that night. And when her father-in law, and close friend of McFadden is found dead - shot through the head at point-blank range - there can only be one suspect. But this time Kelly has some high-profile friends who believe she's innocent of both crimes.
Kindle Price: £1.99
Click here to download this book. 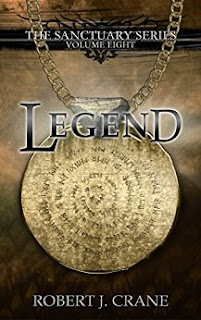 Legend
Over the course of eight years, Cyrus Davidon has become the greatest warrior in Arkaria. He has fought and beaten armies, dragons, monsters and gods. He's been elected to lead the greatest guild in the land – Sanctuary – and watched that guild fall at the hands of his enemies. For the God of War, Bellarum, has aims beyond the understanding of mortals, and the deity is moving his dark hand across the lands that Cyrus has pledged to defend. In order to stop him, Cyrus will have to fight with everything he has, every friend he has made, every ally that remains to him, and only one question will linger...Who will survive?
Kindle Price: £3.49
Click here to download this book. 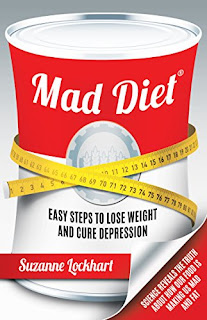 Mad Diet: Easy Steps to Lose Weight and Cure Depression
Mad Diet reveals why, in just a few decades, we have transformed from evolutionary marvels into sick and tired medicated heavyweights. In a startling exposé of commercially driven government policy, erroneous science, and corporate influence on our food and medicine, Mad Diet explains the shocking truth behind the mad fat epidemic and offers a clear and simple guide to restoring your mind and waistline.
Kindle Price: £1.99
Click here to download this book. 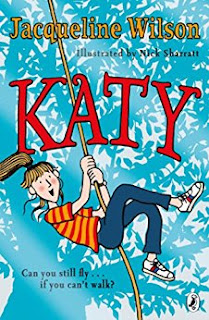 Katy
Katy Carr is a lively, daredevil oldest sister in a big family. She loves messing around outdoors, climbing on the garage roof, or up a tree, cycling, skateboarding, swinging.... But her life changes in dramatic and unexpected ways after a serious accident.
Kindle Price: £3.99
Click here to download this book.
Posted by Joisel at 9:27 PM