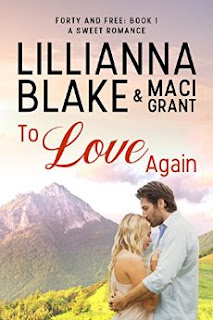 To Love Again
At forty-two, divorced mother of two, Nicole Adams, yearns to discover her true self again. Her children recognize the defeat and sadness in her eyes and she knows that her kids deserve to see their mother happy. When Nicole follows the suggestion of a friend to go on a spa getaway during a time that her children are away with their father, she does so believing that it might lead to the self-discovery she is seeking. What she ends up finding at the Cielo Spa & Resort is much more than what she bargains for. What she ends up finding at the Cielo Spa & Resort is Gavin Bell. Gavin Bell is a successful businessman who only cares about his clients and getting the job done—it’s how he’s always defined his life and it’s also the thing that led to the downfall of his marriage. But he hasn’t found a good reason to change his ways—it helps him to ignore any hints of loneliness or regret about his past mistakes.
Kindle Price: £0.00
Click here to download this book. 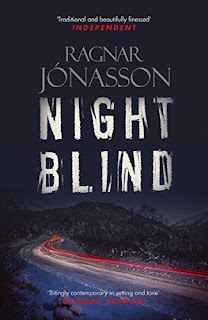 Nightblind
Siglufjörður: an idyllically quiet fishing village on the northernmost tip of Iceland, accessible only via a small mountain tunnel. Ari Thór Arason: a local policeman, whose tumultuous past and uneasy relationships with the villagers continue to haunt him. The peace of this close-knit community is shattered by the murder of a policeman – shot at point-blank range in the dead of night in a deserted house. With a killer on the loose and the dark arctic winter closing in, it falls to Ari Thór to piece together a puzzle that involves tangled local politics, a compromised new mayor, and a psychiatric ward in Reykjavik, where someone is being held against their will. Then a mysterious young woman moves to the area, on the run from something she dare not reveal, and it becomes all too clear that tragic events from the past are weaving a sinister spell that may threaten them all.
Kindle Price: £0.99
Click here to download this book. 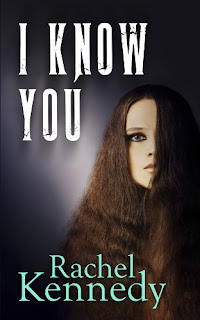 I Know You
"Stacey is an ordinary teenager. She likes boys, clothes and a good time - though not necessarily in that order. On a boozy night out with friends, she meets Craig, the enigmatic young man who will change her life forever; though in ways she can't possibly imagine. I Know You is the story of a normal girl, with a normal life, about to be changed by abnormal, extraordinary and terrifying events."
Kindle Price: £0.99
Click here to download this book. 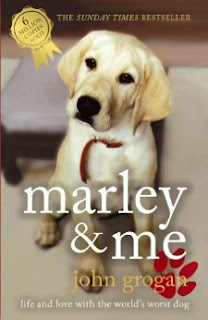 Marley & Me
John and Jenny were just beginning their life together. They were young and in love, with a perfect little house and not a care in the world. Then they brought home Marley, a wiggly yellow furball of a puppy. Life would never be the same. Marley quickly grew into a barreling, ninety-seven-pound streamroller of a Labrador retriever, a dog like no other. He crashed through screen doors, gouged through drywall, flung drool on guests, stole women's undergarments, and ate nearly everything he could get his mouth around, including couches and fine jewelry. Obedience school did no good—Marley was expelled. Neither did the tranquilizers the veterinarian prescribed for him with the admonishment, "Don't hesitate to use these." And yet Marley's heart was pure. Just as he joyfully refused any limits on his behavior, his love and loyalty were boundless, too. Marley shared the couple's joy at their first pregnancy, and their heartbreak over the miscarriage. He was there when babies finally arrived and when the screams of a seventeen-year-old stabbing victim pierced the night. Marley shut down a public beach and managed to land a role in a feature-length movie, always winning hearts as he made a mess of things. Through it all, he remained steadfast, a model of devotion, even when his family was at its wit's end. Unconditional love, they would learn, comes in many forms.
Kindle Price: £0.99
Click here to download this book. 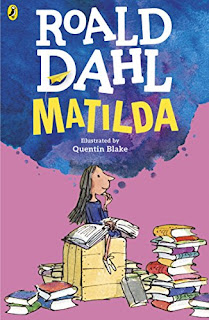 Matilda
Matilda is a little girl who is far too good to be true. At age five-and-a-half she's knocking off double-digit multiplication problems and blitz-reading Dickens. Even more remarkably, her classmates love her even though she's a super-nerd and the teacher's pet. But everything is not perfect in Matilda's world. For starters she has two of the most idiotic, self-centered parents who ever lived. Then there's the large, busty nightmare of a school principal, Mrs. ("The") Trunchbull, a former hammer-throwing champion who flings children at will and is approximately as sympathetic as a bulldozer. Fortunately for Matilda, she has the inner resources to deal with such annoyances: astonishing intelligence, saintly patience, and an innate predilection for revenge.
Kindle Price: £3.99
Click here to download this book.
Posted by Joisel at 5:00 PM