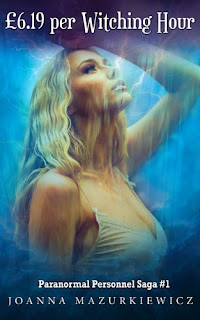 £6.19 per Witching Hour
Julia Taylor works as a recruitment consultant for Paranormal Personnel in London. Her normal day at the office consists of seeing clients, searching for new vacancies, updating CVs and visiting employers. It seems as though she has an ordinary life but in reality Julia is half elf and she works for a recruitment agency for paranormals. She is normally calm, confident and is not afraid to stand up for herself, but when the meeting with La Caz Corporation doesn’t go as well as she hoped, she wants to bury herself under the ground and die.  Nathaniel La Caz is a player and he wants to seduce Julia. The incredible sexual chemistry that builds up between them complicates her life to the point where she can’t control her magic. La Caz not only wants her but he also has a craving for her blood. Then her ex-boyfriend Jasper comes back on the scene and nearly exposes the whole paranormal world to humans when trying to protect her.
Kindle Price: £0.00
Click here to download this book. 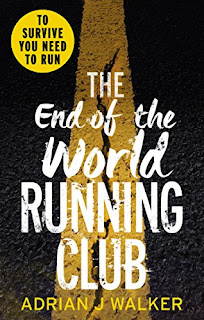 The End of the World Running Club
Edgar Hill is 35 and caught in his own headlock. Overweight slob, under-performing husband and reluctant father – for Ed, the world may as well have already ended. So when it does end in a catastrophic asteroid strike and Edgar and his family find refuge in an Edinburgh army barracks, it comes as something of a relief. His world becomes simpler, life becomes easier, things might just be looking up. But nothing's ever that simple. Returning from a salvage run in the city, Edgar finds his family gone, taken to the south coast for evacuation by an international task force.  Suddenly he finds himself facing a gruelling journey on foot across a devastated United Kingdom. Accompanied by a group of misfits that include a large, hairy tattoo artist and an old man who claims to have run around Australia, Edgar must race against time and overcome his own short-comings, not to mention 100 mile canyons and a very strange council estate, to find the people he loves before he loses them forever.
Kindle Price: £1.99
Click here to download this book. 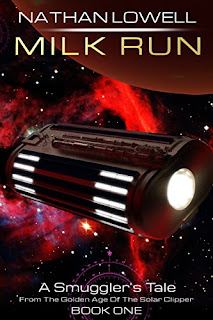 Milk Run
Academy graduate Natalya Regyri stood first in line for her pick of Engineering Officer jobs, until, at the graduation party, a classmate turned up dead. Now, betrayed by her friends and framed for murder, she must flee beyond the reach of the Confederation...and any semblance of civilized society. With a damaged second-hand ship and TIC interceptors dogging her step, she nets a smuggling contract that might just get her back on her feet and in control of her destiny. But only if she's willing to make an ore run back to the place she's wanted for murder, and into the arms of the authorities...
...who somehow know she's coming.
Kindle Price: £3.99
Click here to download this book. 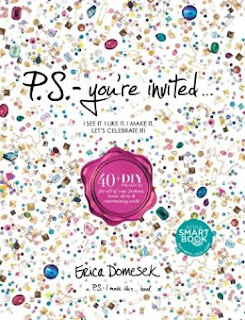 P.S.-You're Invited . . .: 40+DIY Projects for All of Your Fashion, Home Décor & Entertaining Needs
Whether you’re new to the do-it-yourself (DIY) scene, an experienced artist or designer, or a style maven simply trying to find ways to make life more beautiful and fun, Erica Domesek, founder of the DIY lifestyle brand P.S.- I Made This . . ., knows exactly what you need. P.S.-You’re Invited . . . features more than forty awe-inspiring DIY projects that will give you cause for celebration. And in the words of the design and style expert herself, “Don’t wait for a get-together to get it together!”
Kindle Price: £1.99
Click here to download this book. 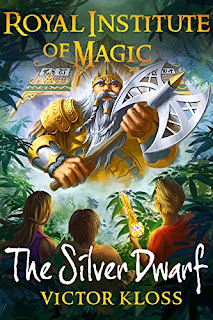 The Silver Dwarf
Ben's double life continues at the Royal Institute of Magic. To most, he's a talented apprentice and an exceptional spellshooter, but Ben is also a Guardian, responsible for uniting Elizabeth's Armour, the only artefact powerful enough to overthrow the evil dark elves. With two pieces of the armour secure, finding the third may be Ben's toughest challenge yet. His only clue is a magical key, a tenuous link to a legend called the Silver Dwarf. With the dark elves slowly conquering the Unseen Kingdoms, Ben races against time to gather the pieces of armour and unite the Guardians entrusted with them. If that wasn't hard enough, new challenges and old enemies await him at the Institute, and his friendship will be tested like never before.
Kindle Price: £2.99
Click here to download this book.
Posted by Joisel at 5:00 PM