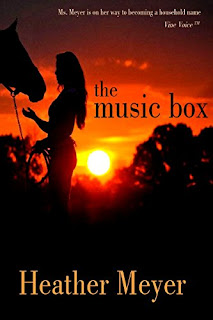 The Music Box
She always told herself that she would someday find a man like her father, but his suicide on her fourteenth birthday, left her disillusioned and alone. Thirteen years later, estranged from her mother who blames her for his death, she longs for understanding. In hopes of finding it, she escapes the city and settles in a small South Carolina town to write his story. There, she meets Matt, a young man struggling to come to grips with his own father’s legacy. Despite a growing attraction, she keeps him at arm’s length until the tune from a tiny music box reveals a common bond that pulls them together and sets them on a journey of discovery that will challenge everything she believes about herself and about the man she thought couldn’t possibly exist.
Kindle Price: £0.00
Click here to download this book. 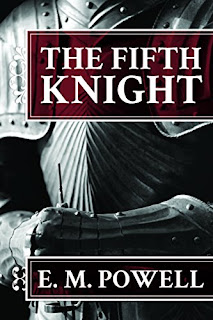 The Fifth Knight
When mercenary Sir Benedict Palmer agrees to help King Henry II’s knights seize the traitor Archbishop Thomas Becket, what begins as a clandestine arrest ends in cold-blooded murder. And when Fitzurse, the knights’ ringleader, kidnaps Theodosia, a beautiful young nun who witnessed the crime, Palmer can sit silently by no longer. He and Theodosia rely only on each other as they race to uncover the motive behind Becket’s murder—and the truth that could destroy a kingdom.
Kindle Price: £0.99
Click here to download this book. 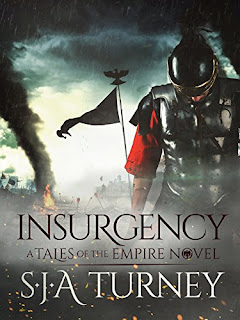 Insurgency
Forty years have passed since the Empire was restored. Emperor Kiva the Golden, his wife Jala Parishid, and his brother Marshal Quintillian have together overseen decades of peace and prosperity, a time when the horrors of the civil war could begin to fade from memory. But nothing can last forever. A forbidden love drives Quintillian from the capital far into the eastern deserts, where he discovers an unprecedented threat to the Empire’s very survival. And when Jala is kidnapped by a sinister and ruthless group of warriors, it will take all of Kiva’s strength to defend her, his people, and their destiny…
Kindle Price: £2.98
Click here to download this book. 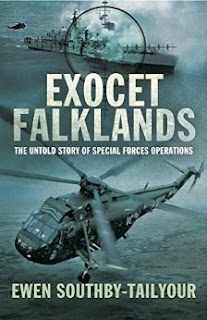 Exocet Falklands: The Untold Story of Special Forces Operations
This is a revelatory account of three un-tabulated special forces operations, Plum Duff, Mikado and Kettledrum, that failed to destroy Argentina s Exocet missiles during the 1982 Falkland s campaign. In that context alone this book is of international military importance.Using previously unknown material and through interviewing key players who have remained silent for 30 years, Ewen Southby-Tailyour has finally established the truth: that it has taken so long reflects the sensitivities, both military and personal, involved.Interviews with the SAS officer commanding Operation Plum Duff, members of the reconnaissance patrol for Operation Mikado, plus the navigator of the helicopter that flew eight troopers into Tierra del Fuego, has allowed the author to describe the tortuous events that led, instead, to a significant survival story.
Kindle Price: £0.99
Click here to download this book. 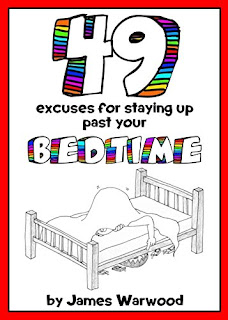 49 Excuses for Staying Up Past Your Bedtime
Can you hear footsteps getting closer and closer to your bedroom door? . . . Does the clock say one minute to bedtime? . . . Are you definately NOT tired yet? . . . Then here’s 49 (extremely silly) excuses for staying up past your bedtime! Join the comical adventure of these mischievous kids who will try absolutely anything to get away with staying up past their bedtime. With an illustration for each haphazard attempt, you’re guaranteed to laugh, smirk, and chuckle for hours.
Kindle Price: £1.99
Click here to download this book.
Posted by Joisel at 5:00 PM