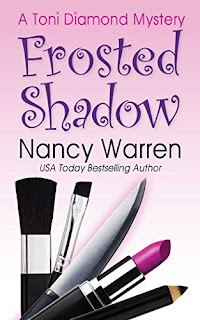 Frosted Shadow
Meet Toni Diamond, make up artist to middle America. She’s also got a nose for trouble and a passion for solving mysteries. Imagine Columbo in a lavender suit. She never met a woman who wouldn’t look better with a little help from the Lady Bianca line of cosmetics. But don’t be fooled by appearances. Underneath the fake diamonds and the big hair is a sharp brain and a keen eye that sees the details as well as the funny side of life. When a Lady Bianca sales rep is murdered at the annual convention in Dallas, Toni is the one who notices things that some people, like sexy Detective Luke Marciano, might easily miss. Only someone who understands as much about how to make appearances deceiving could see into the mind of this killer -- a murderer who wants to give Toni a permanent makeover.
Kindle Price: £0.00
Click here to download this book. 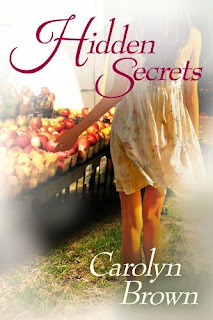 Hidden Secrets
Kim Brewster’s ill-fated marriage was annulled so quickly that she thought she could keep the whole thing a secret…until she found out she was pregnant. But before her confession can blow a hole in the seemingly perfect lives of the Brewster women, her great-grandmother, Hannah, drops a bomb of her own. She’s selling her hotel and moving to a farm in Oklahoma—and all the Brewsters are coming with her. Kim is sure her grandmother, Karen, and mother, Sue, won’t go along with the plan, but Hannah can be very convincing. Soon the women are working the farm, selling their wares from a roadside stand, and finally feeling like a family. And as the Brewster women’s lives take shape in ways they never expected, Kim may have found another shot at love. Luke thought he’d washed his hands of women, but when he stops by the vegetable stand and meets Kim, he’s instantly smitten. To find love, though, they’ll both have to dig past their hidden secrets.
Kindle Price: £0.99
Click here to download this book. 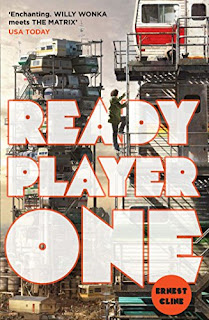 Ready Player One
In the year 2044, reality is an ugly place. The only time teenage Wade Watts really feels alive is when he's jacked into the virtual utopia known as the  OASIS. Wade's devoted his life to studying the puzzles hidden within this world's digital confines, puzzles that are based on their creator's obsession with the pop culture of decades past and that promise massive power and fortune to whoever can unlock them. When Wade stumbles upon the first clue, he finds himself beset by players willing to kill to take this ultimate prize. The race is on, and if Wade's going to survive, he'll have to win—and confront the real world he's always been so desperate to escape.
Kindle Price: £4.99
Click here to download this book. 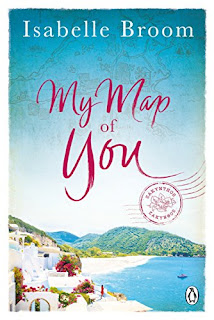 My Map of You
Holly Wright has had a difficult few years. After her mother's death, she's become expert at keeping people at a distance - including her boyfriend, Rupert. But when Holly receives an unexpected letter explaining that an aunt she never met has left her a house on the Greek island of Zakynthos, the walls she has built begin to crumble. Arriving on the island, Holly meets the handsome Aidan and slowly begins to uncover the truth about the secret which tore her family apart. But is the island where Holly really belongs? Or will her real life catch up with her first?
Kindle Price: £1.99
Click here to download this book. 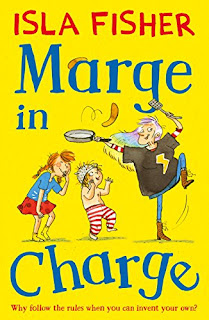 Marge in Charge
Jemima and Jake's new babysitter doesn't look too promising. In fact she looks very sensible, very old and VERY small (she only comes up to daddy's armpit!). But the moment their parents leave the house, Marge gives a mischievous wink, takes off her hat and reveals a marvellous mane of rainbow-coloured hair! Marge really is a babysitter like no other and the children spend a wild evening with her - racing snails, slurping chocolate soup and mixing potions in the bath! But if Jake and Jemima want her to babysit again it's time for them to take charge of Marge, tidy up and settle her down for a little sleep.
Kindle Price: £3.49
Click here to download this book.
Posted by Joisel at 5:00 PM