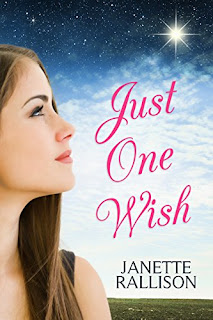 Just One Wish
Seventeen-year-old Annika Truman knows about the power of positive thinking. With a little brother who has cancer, it's all she ever hears about. And in order to help Jeremy, she will go to the ends of the earth (or at least as far as Hollywood) to help him believe he can survive his upcoming surgery. But Annika's plan to convince Jeremy that a magic genie will grant him any wish throws her a curveball when he unexpectedly wishes that his television idol would visit him. Annika suddenly finds herself in the desperate predicament of getting access to a hunky star actor and convincing him to come home with her. Piece of cake, right?
Kindle Price: £0.00
Click here to download this book. 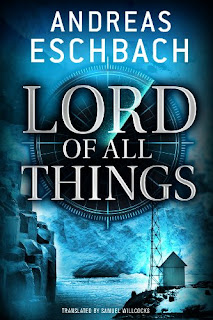 Lord of All Things
They are just children when they meet for the first time: Charlotte, daughter of the French ambassador, and Hiroshi, a laundress’s son. One day, Hiroshi declares that he has an idea that will change the world. An unprecedented idea of how to sweep away all differences between rich and poor. When Hiroshi runs into Charlotte several years later, he is trying to build a brighter future through robotics. Determined to win Charlotte’s love, he resurrects his childhood dream, convinced that he can eradicate world poverty by pushing the limits of technology beyond imagination. But as Hiroshi circles ever closer to realizing his vision, he discovers that his utopian dream may contain the seeds of a nightmare—one that could obliterate life as we know it. Crisscrossing the globe from Tokyo to the hallowed halls of MIT to desolate Arctic islands and Buenos Aires and beyond—far beyond—Lord of All Things explores not only the dizzying potential of technology but also its formidable dangers.
Kindle Price: £0.99
Click here to download this book. 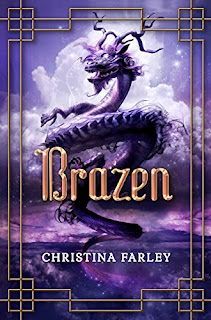 Brazen
Jae Hwa Lee spent her sixteenth year in Seoul, trying to destroy the evil immortals who had been torturing her family for centuries. The last thing she expected was to be forced to become their assassin. Trapped in the darkest part of the Spirit World as a servant to the Korean god Kud, fighting to keep her humanity, and unable to contact her loved ones, Jae Hwa is slowly losing hope. Kud, god of darkness, will do anything to keep her as a pawn in his quest for power over all of Korea, her entire family thinks she’s dead, and Jae’s true love, Marc, believes she is lost to him forever. When Kud sends Jae to find and steal the powerful Black Turtle orb, Jae sees an opportunity to break free and defeat Kud once and for all…but first she needs to regain Marc’s trust and work with him to vanquish the darkness that threatens to overwhelm Korea. There’s much to lose as Jae struggles to save the land she’s come to call home.
Kindle Price: £0.99
Click here to download this book. 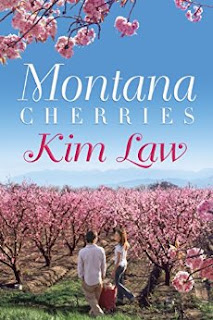 Montana Cherries
After her mother’s tragic death, Dani Wilde had no choice but to abandon her dreams. She left Columbia University and returned to her family’s Montana cherry farm, intent on being a maternal figure to her brothers. Now the kids are grown, and it’s finally her time to fly. Her sights are on New York City, and nothing will stop her—not even an old flame with gorgeous green eyes. Celebrity photographer Ben Denton hasn’t seen Montana in years—and hasn’t spoken to Dani since “that night” so long ago. When he discovers he’s a dad to a four-year-old—and the child’s mother refuses to care for her—Montana and the Wilde farm spring to mind. The orchard is the only place that’s ever felt like home, but will the warmth of the Wilde family be enough to help Ben figure out how to be a father? As the Wilde family gathers for the yearly cherry harvest and Dani struggles to figure out what she really wants in life, she discovers the shocking truth about her own mother—and learns that following her heart may lead her to her dreams after all.
Kindle Price: £1.00
Click here to download this book. 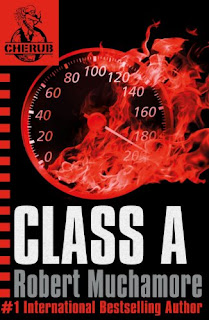 CHERUB: Class A
Drugs, cars and guns! Keith Moore is Europe's biggest cocaine dealer. The police have been trying to get enough evidence to nail him for more than twenty years. Now, four CHERUB agents are joining the hunt. Can a group of kids successfully infiltrate Keith Moore's organisation when dozens of attempts by undercover police officers have failed? James Adams must start at the bottom, making deliveries for small time drug dealers and getting to know the dangerous underworld they inhabit. He needs to make a big splash if he's going to win the confidence of the man at the top.
Kindle Price: £4.49
Click here to download this book.
Posted by Joisel at 5:00 PM