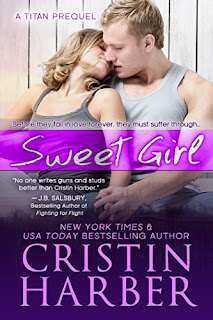 Sweet Girl
Sometimes falling in love means going through hell...She's a sweet girl. Nicola Hart grew up under the heels of her older brother and his sexy best friend, Cash Garrison. Years of ignoring her spark with Cash has transformed their friendship into a slow burning sizzle. One night with him could ruin everything. Or it could be more than she ever dreamed. They play. They flirt. But they haven't crossed the line because too much is at stake. Family. Friendship. And the deepest kind of love that she'd have to be crazy to walk away from.
Kindle Price: £0.00
Click here to download this book. 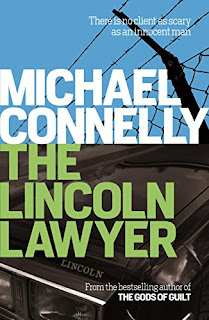 The Lincoln Lawyer
Mickey Haller is a Lincoln Lawyer, a criminal defense attorney who operates out of the backseat of his Lincoln Town Car, traveling between the far-flung courthouses of Los Angeles to defend clients of every kind. Bikers, con artists, drunk drivers, drug dealers -- they're all on Mickey Haller's client list. For him, the law is rarely about guilt or innocence, it's about negotiation and manipulation. Sometimes it's even about justice. A Beverly Hills playboy arrested for attacking a woman he picked up in a bar chooses Haller to defend him, and Mickey has his first high-paying client in years. It is a defense attorney's dream, what they call a franchise case. And as the evidence stacks up, Haller comes to believe this may be the easiest case of his career. Then someone close to him is murdered and Haller discovers that his search for innocence has brought him face-to-face with evil as pure as a flame. To escape without being burned, he must deploy every tactic, feint, and instinct in his arsenal -- this time to save his own life.
Kindle Price: £1.99
Click here to download this book. 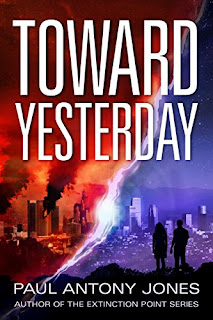 Toward Yesterday
What would you do if you suddenly found yourself twenty-five years in the past? For the nine billion people living in the year 2042 it’s no longer a question…it’s a reality. When a seemingly simple experiment goes disastrously wrong, James Baston finds himself stranded in the past alongside the rest of mankind. Here the old are young once more, the dead live again, and civilization is in chaos. With the fate of humanity on the line, James must join a hastily assembled group of scientists, a reincarnated murder victim, and a genius trapped in her six-year-old body to reconcile the earlier mistakes of their future counterparts. The team struggles to prevent global extinction, and along the way they come face-to-face with their past losses, new loves, and a cold-blooded killer. As the team plummets toward a final confrontation, will they be able to undo time’s unraveling in order to save the human race?
Kindle Price: £0.99
Click here to download this book. 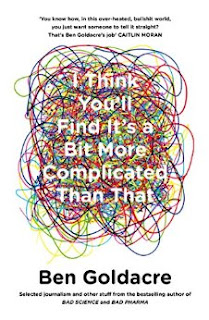 I Think You'll Find It's a Bit More Complicated Than That
The very best journalism from one of Britain's most admired and outspoken science writers, author of the bestselling Bad Science and Bad Pharma. In 'Bad Science', Ben Goldacre hilariously exposed the tricks that quacks and journalists use to distort science. In 'Bad Pharma', he put the $600 billion global pharmaceutical industry under the microscope. Now the pick of the journalism by one of our wittiest, most indignant and most fearless commentators on the worlds of medicine and science is collected in one volume.
Kindle Price: £2.49
Click here to download this book. 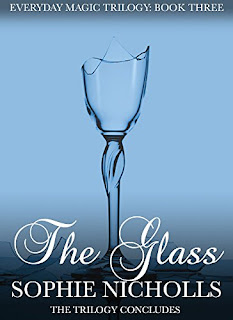 The Glass
Ella travels to Venice to stay with her artist aunt, Valentina, in her apartment in the wing of a crumbling palazzo. In amongst Venice's labyrinth of backstreets, churches and cafés, she discovers the mysterious portrait of Augusta Franzi, the daughter of a seventeenth century coffee merchant, and her fated relationship with Luca, a glassblower. As Ella unravels their story, she begins to realise that it has echoes of Valentina's past and ripples that spread further than she could have imagined.  Meanwhile, back in York, Fabbia has her own questions to answer about the future of her relationship with David. Will Ella be able to use everything that she's learned about ‘everyday magic’ from Fabbia and Madaar-Bozorg to help Valentina become the author of her own future? Will Fabbia finally reach a decision?
Kindle Price: £2.35
Click here to download this book.