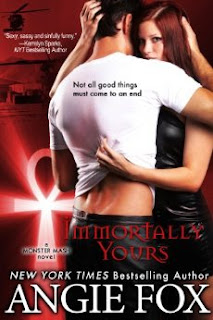 Immortally Yours
IN THE WAR BETWEEN THE GODS…
No one patches up the incoming wounded like Dr. Petra Robichaud. Recruited by the gods for her uncanny medical skills, she’s the best M*A*S*H surgeon in the army. Along with a nosy guard sphinx,vegetarian werewolf, and otherparanormal paramedics, she bandages soldiers who are built like Greek gods (literally). But when one sexy immortal ends up on her operating table—half dead and totally to-die-for—Petra’s afraid she’ll lose her patient and her heart…
NOTHING IS MORE DANGEROUS THAN LOVE
Commander Galen of Delphi is one gorgeous but stubborn demi-god. When his spirit tries to slip out of his fatally wounded body, Dr. Petra has to slip it back in—unwittingly revealing her ability to see ghosts. Now that Galen knows her secret, he’s convinced she’s part of an ancient prophecy. If the oracles are right, Petra could lead Galen’s army to peace. And if he seduces her on the way to hell and back? Heaven knows—all’s fair in love and war…
Kindle Price: £0.00
Click here to download this book. 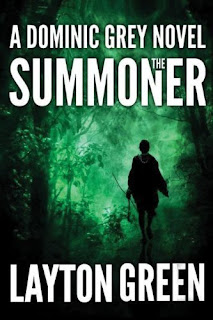 The Summoner
A United States diplomat disappears in front of hundreds of onlookers while attending a religious ceremony in the bushveld of Zimbabwe. Dominic Grey, Diplomatic Security special agent, product of a violent childhood and a worn passport, is assigned to investigate. Aiding the investigation is Professor Viktor Radek, religious phenomenologist and expert on cults, and Nya Mashumba, the local government liaison. What Grey uncovers is a terrifying cult older than Western civilization, the harsh underbelly of a country in despair, a priest seemingly able to perform impossibilities, and the identity of the newest target.
Kindle Price: £0.99
Click here to download this book. 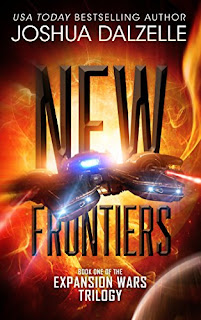 New Frontiers
The Phage War had been a devastating conflict for the Terran Confederacy. Even with the destruction of their terrifying, implacable foe, humanity is still reeling. Political alliances are crumbling and their mighty fleet is in tatters. There is nothing to celebrate, even after such a complete victory. They soon learn that there are other stellar neighbors ... and they've been watching the conflict with great interest. One species comes with an offer of friendship and alliance, but humanity is weary and distrustful, their only interactions with aliens having resulted in the near-eradication of their kind. Before the ashes of war have been fully swept away Captain Celesta Wright is dispatched to the Frontier with a small taskforce to investigate a mysterious signal while the Confederacy struggles to hold itself together. A partnership with this new species could help accelerate the recovery effort, but is the offer too good to be true? Can humanity risk another fight with an advanced alien species right on the heels of the bloodiest war that had ever been waged?
Kindle Price: £3.77
Click here to download this book. 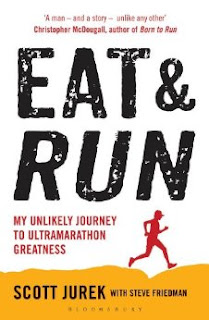 Eat and Run: My Unlikely Journey to Ultramarathon Greatness
For nearly two decades, Scott Jurek has been a dominant force—and darling—in the grueling and growing sport of ultrarunning. In 1999, as a complete unknown, he took the lead of the Western States Endurance Run, a 100-mile traverse over the old Gold Rush trails of the California Sierra Nevada. He won that race seven years in a row, setting a course record along the way. Twice he won the Badwater Ultramarathon, a 135-mile “jaunt” through Death Valley. Recently he set an American record of 165.7 miles in 24 hours—6 1/2 marathons in one day. And he was one of the elite runners who traveled to Mexico to run with the Tarahumara Indians, as profiled in the bestseller Born to Run. His accomplishments are nothing short of extraordinary, but that he has achieved all of this on a plant-based diet makes his story all the more so.
Kindle Price: £2.39
Click here to download this book. 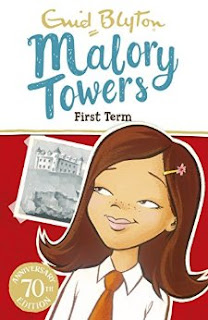 Malory Towers: First Term
For new girl Darrell Rivers, there are friends to be made, pranks to be played and fun to be had at Malory Towers in Enid Blyton's best-loved boarding school series. In book one, new girl Darrell is two terms behind her classmates and feels out of place and alone. Soon, however, Darrell makes friends as well as enemies as they induct new students, win and lose sporting matches and play tricks on teachers.
Kindle Price: £3.99
Click here to download this book.
Posted by Joisel at 5:00 PM