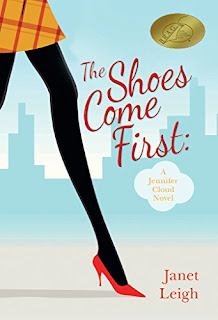 The Shoes Come First
In Sunnyside, Texas, Jennifer Cloud is an assistant purchasing manager for an upscale shoe store. But after her boss is arrested, she's forced to find work elsewhere and ends up in her brother's chiropractic office, where she discovers a hidden passion for helping others. However, when she receives an unexpected birthday gift from her aunt that transports her back in time to 1568 Scotland, she meets a dashing Scottish outlaw who introduces her to a world of time-traveling keys. But on a return trip to the past, Jennifer's key is stolen by a villainous band of time travelers who will stop at nothing to collect all of the keys for themselves. When Jennifer attempts to retrieve the key and sees her cousin kidnapped, she enlists a dysfunctional cast of characters—including a few interested suitors—to help her find the key and rescue her cousin.
Kindle Price: £0.00
Click here to download this book. 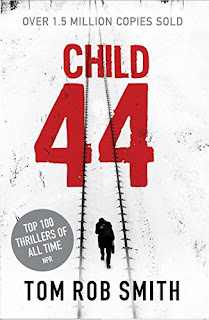 Child 44
In a country ruled by fear, no one is innocent. Stalin's Soviet Union is an official paradise, where citizens live free from crime and fear only one thing: the all-powerful state. Defending this system is idealistic security officer Leo Demidov, a war hero who believes in the iron fist of the law, but when a murderer starts to kill at will and Leo dares to investigate, the State's obedient servant finds himself demoted and exiled. Now, with only his wife at his side, Leo must fight to uncover shocking truths about a killer--and a country where "crime" doesn't exist.
Kindle Price: £0.99
Click here to download this book. 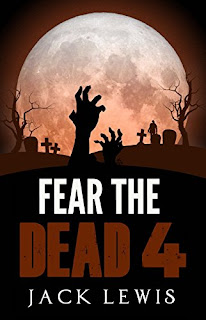 Fear the Dead 4
In the Wilds, survival is the only thing you can hope for. To see another sunset without being bitten by the infected or hunted by the stalkers; that’s the best most people will ever get. Kyle and the others want more. They don’t just want to survive, they want to live. They have a camp that, even though it is small, promises them hope in a world where it’s getting harder to find. Then the bodies start appearing. Ripped open at the chest, organs removed, skin getting cold in the morning light. The survivors have a decision to make, and for some, the only solution seems to be to keep on moving. If he is to hold the camp together, Kyle needs to discover what is mutilating the survivors. When he and the others spot something in the sky, they think they might find the answer.
Kindle Price: £2.29
Click here to download this book. 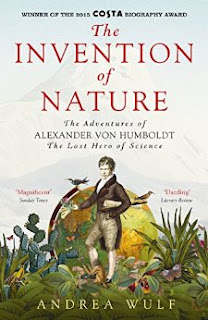 The Invention of Nature: The Adventures of Alexander von Humboldt, the Lost Hero of Science: Costa Winner 2015
Alexander von Humboldt (1769-1859) is the great lost scientist: more things are named after him than anyone else. There are towns, rivers, mountain ranges, the ocean current that runs along the South American coast, there's a penguin, a giant squid - even the Mare Humboldtianum on the moon. His colourful adventures read like something out of a Boy's Own story: Humboldt explored deep into the rainforest, climbed the world's highest volcanoes and inspired princes and presidents, scientists and poets alike. Napoleon was jealous of him; Simon Bolívar's revolution was fuelled by his ideas; Darwin set sail on the Beagle because of Humboldt; and Jules Verne's Captain Nemo owned all his many books. He simply was, as one contemporary put it, 'the greatest man since the Deluge'.
Kindle Price: £1.49
Click here to download this book. 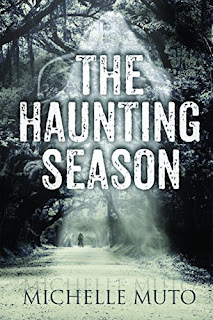 The Haunting Season
Be careful what you let in…Siler House has stood silent beneath Savannah’s moss-draped oaks for decades. Notoriously haunted, it has remained empty until college-bound Jess Perry and three of her peers gather to take part in a month-long study on the paranormal. Jess, who talks to ghosts, quickly bonds with her fellow test subjects. One is a girl possessed. Another just wants to forget. The third is a guy who really knows how to turn up the August heat, not to mention Jess’s heart rate…when he’s not resurrecting the dead. The study soon turns into something far more sinister when they discover that Siler House and the dark forces within are determined to keep them forever. In order to escape, Jess and the others will have to open themselves up to the true horror of Siler House and channel the very evil that has welcomed them all.
Kindle Price: £1.00
Click here to download this book.
Posted by Joisel at 8:09 PM