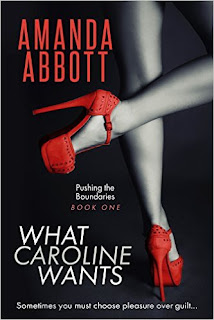 What Caroline Wants
Caroline and Jason Stratton have always been hot for each other. Married right out of college, they’ve had a great sex life. But when they discover that their best friends and neighbors, Piper and Michael Collins, have experimented with a few extracurricular adventures during their ten year marriage, Caroline and Jace’s sexual world is rocked.
Kindle Price: £0.00
Click here to download this book. 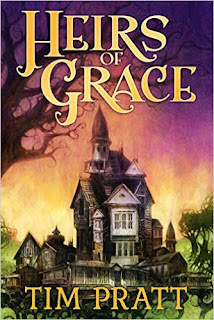 Heirs of Grace
Recent art school graduate Bekah thought she'd hit the jackpot: an unknown relative died, and she inherited a small fortune and a huge house in the mountains of North Carolina. Trey Howard, the lawyer who handled the estate, is a handsome man in his twenties and they hit it off right away-and soon become more than friends. Bekah expected a pleasant year to get her head together and have a romantic fling. Problem is, the house is full of junk...and siblings she didn't know she had are willing to kill her for it. More important, the junk in her new house is magical, she's surrounded by monsters, and her life seems to be in mortal peril every time she ventures into a new room. As Bekah discovers more about her mysterious benefactor and the magical world he inhabited, she's realizes that as tough and resourceful as she is, she might just be in over her head...
Kindle Price: £3.49
Click here to download this book. 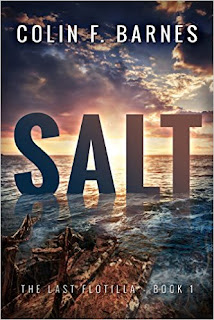 Salt
In 2014 humanity didn’t stand a chance. A series of fatal climatic disasters struck, entirely drowning the planet. Now, just one hundred and twenty-five souls remain, surviving on a flotilla of damaged ships. But their survival isn’t guaranteed. Facing severe threats to their numbers by a fatal bacterium and increasingly warring factions, they discover a serial killer within their midst.  When the murderer targets Eva Morgan’s friend, her investigations draw her into a deadly mystery and a race against time before the killer’s actions destroy the fragile existence on the flotilla. The further she digs, the more secrets she uncovers, and the truth becomes a pawn in a game for ultimate survival. With humankind on the brink of extinction, the story of SALT will take you on a thrill ride of intense emotions and incredible revelations.
Kindle Price: £0.99
Click here to download this book. 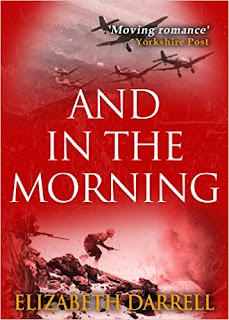 And in the Morning
The Sheridan family fought for king and country through the Great War, when two of the brothers were killed in action. Now, two days before Christmas 1939, the one who survived against all odds faces another world war along with his family. Many years have passed since those earlier war days, but the desires and betrayals that once threatened to destroy the family are stirred yet again by the new conflict.
Kindle Price: £2.99
Click here to download this book. 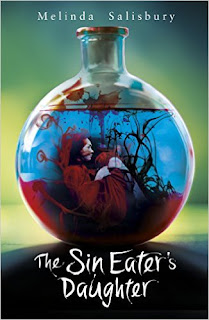 The Sin Eater's Daughter
A startling, seductive, deliciously dark debut that will shatter your definition of YA fantasy. Sixteen-year-old Twylla lives in the castle. But although she's engaged to the prince, no one speaks to her. No one even looks at her. Because Twylla isn't a member of the court. She's the executioner.As the goddess-embodied, Twylla kills with a single touch. So each week, she's taken to the prison and forced to lay her hands on those accused of treason. No one will ever love her. Who could care for a girl with murder in her veins? Even the prince, whose royal blood supposedly makes him immune to her touch, avoids her.But then a new guard arrives, a boy whose playful smile belies his deadly swordsmanship. And unlike the others, he's able to look past Twylla's executioner robes and see the girl, not the goddess. Yet a treasonous romance is the least of Twylla's problems. The queen has a plan to destroy her enemies-a plan that requires an unthinkable sacrifice. Will Twylla do what it takes to protect her kingdom? Or will she abandon her duty in favor of a doomed love?
Kindle Price: £0.99
Click here to download this book.
Posted by Joisel at 5:00 PM